Kote Mhitari attempted to rescue Georgi Davidov from drowning, Lahaina, Hawaii, March 4, 2018. Davidov, 28, fell from a 15-foot-high cliff overlooking the Pacific Ocean and landed in the water near the cliff’s rocky base where slippery rocks and frequent waves prevented him from climbing out to safety. Davidov screamed for help. Mhitari, 54, truck driver and Davidov’s father, who was atop the cliff, saw Davidov fall. Despite being a poor-swimmer, Mhitari jumped down into the water near Davidov and swam a short distance to him. Mhitari and Davidov grasped one another in a bear-hug until a wave shortly separated them. Davidov treaded water near the rocks while Mhitari was carried to a point about 80 feet away from shore. A responding lifeguard reached Davidov and pulled him aboard a personal watercraft. The lifeguard then navigated the watercraft to Mhitari, who was unconscious and face down in the water, and pulled him aboard. The lifeguard took both Mhitari and Davidov to a nearby beach and initiated efforts to resuscitate Mhitari. Arriving medical personnel took Mhitari and Davidov by ambulance to a hospital for treatment. Davidov, who was nearly exhausted, suffered bruising and scrapes to most of his body; he recovered. Mhitari, who was revived after suffering cardiac arrest, required extensive hospitalization and therapy. 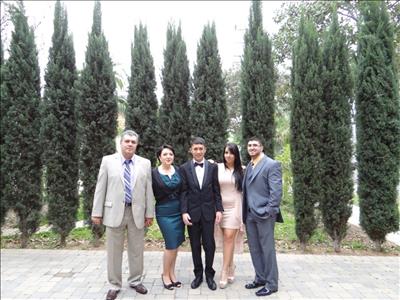