Karl J. Laux, 28, stenographer, saved Ida Podell, 32, from drowning, Long Branch, New Jersey, August 20, 1930. While Mrs. Podell was wading in the Atlantic Ocean, she was pulled by a strong undercurrent into deep water. She tried to swim but drifted farther from land. Laux waded from shore and swam 250 feet through rough water and breakers five feet high to her. She took hold of his bathing suit, and he swam with great effort 150 feet to the outer end of a jetty that extended from shore. He was knocked against the jetty as a wave broke over it. He then towed Mrs. Podell to wadable water along the side of the jetty. A life preserver, to which a rope was attached, was tossed to her by men on the jetty, and she was pulled to shore. Laux waded to shore.

When he was 25, Laux moved to the United States, living in Elizabeth, N.J. He worked at General Aniline Works as a German-English stenographer. On Aug. 20, 1930, Laux saved a woman from drowning in the Atlantic Ocean at Long Branch, N.J. The Carnegie Hero Fund Commission awarded him the Carnegie Medal in October 1931.

Laux met his wife, the former Willma Sweede, in Elizabeth. They married in 1935. Later, Laux returned to work in Germany, taking over the post of managing officer at a Cologne wholesale firm that dealt with paints, glue, and chemicals.

After retiring from the firm in 1970, he and his wife lived in Wiesbaden.

Laux was an accomplished athlete. Besides receiving medals for track and field competitions in Germany and the U.S., he also had been a member and president of a German-American soccer team in Elizabeth.

Laux was buried at a cemetery in Wiesbaden. 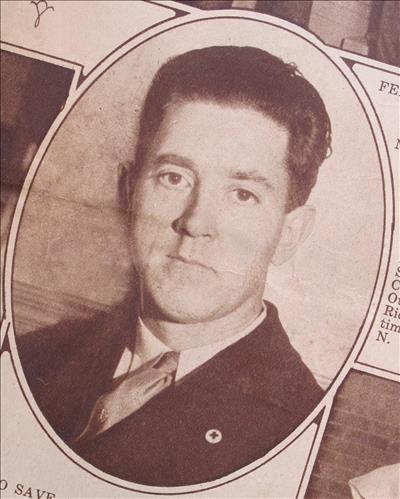