Justin William Schroepfer died attempting to save Kaylilyn S. Tansey and Abigail L. Sprinkle from drowning, Marquette, Michigan, June 11, 2016. Tansey and Sprinkle, both 22, were wading in the waist-high, 50-degree water of Lake Superior on a shoal that extended from a shoreline to an island about 300 feet away. While Sprinkle reached a large rock nearer to the island, Tansey had difficulty with the rough current. Sprinkle left the rock to assist Tansey and called for help. On shore with friends, Schroepfer, 24, accountant, watched the women struggling. He waded into the water, then swam through large waves toward Tansey and Sprinkle. Schroepfer arrived in their vicinity, but all three were swept into deeper water, and Tansey and Schroepfer submerged. As Sprinkle floated into calmer current back toward shore, a man and woman reached her and brought her to land. Sprinkle was hospitalized for hypothermia, then released. Divers later recovered Tansey and Schroepfer about a half-mile from shore; both had drowned.

Justin Schroepfer, 24, of Rhinelander, Wis., died while attempting to save struggling swimmers on June 11, 2016, in Marquette, Mich. He was born on March 5, 1992, in Sparta, Wis., the son of Kevin and Connie (Bartelt) Schroepfer.

Justin’s priorities in life were his Christian faith and family, which included the love of his life and fiancée, Suzy Solin.

He attended Peace Lutheran grade school, was a 2010 graduate of Antigo, Wis., High School, and attended the University of Wisconsin at Stevens Point, where he was recruited to play baseball. After two years at Stevens Point, he transferred to Northern Michigan University in Marquette, Mich., where he received a degree in accounting in December 2014. Schroepfer was employed at Wipfli CPA’s & Consultants in Rhinelander.

Schroepfer was a true outdoorsman with a passion for fly fishing, downhill snow skiing, kayaking, hunting deer and grouse, and golfing. He was blessed with many accomplishments in baseball, competing at the state level in Little League and Legion baseball. He lettered in baseball three years at Antigo High School.

(Edited from an obituary published on the website for the Bradley Funeral Home and Crematory in Antigo.) 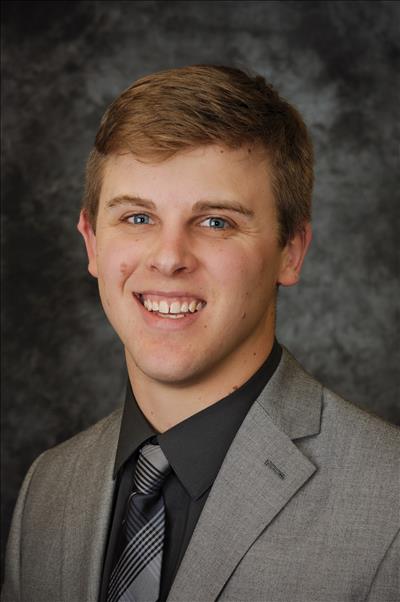