Justice Michael McBain saved Kelvin J. Yde from burning, Yorkville, Wisconsin, June 19, 2019. Yde, 20, was semi-conscious and trapped inside his burning car after a multi-vehicle accident on an interstate highway. McBain, 21, recreational vehicle technician, stopped at the scene and, after aiding a woman from her car, ran to Yde’s vehicle, its passenger side aflame. Forcing Yde’s driver’s door open, McBain found Yde pinned against his seat by the steering wheel and beneath the collapsed windshield. McBain extended himself into the sedan and pushed the damaged windshield off of Yde. He then used a pocket knife to cut Yde’s seat belt. Reaching around Yde’s torso, McBain then forcefully pulled Yde from behind the steering wheel and out of the car, where he was shortly joined by two other motorists who helped him carry Yde to safety. Yde suffered multiple injuries, including broken bones, but he was not burned. He was hospitalized for about two weeks and required several months in outpatient rehabilitation. McBain was not injured. 90644-10162 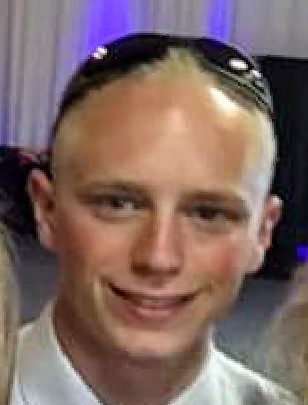