Joseph W. Alderman saved Sheila Kay Pherson from drowning, Piketon, Ohio, August 19, 1966. While swimming in a water-filled gravel pit, Sheila, 16, played out 150 feet from the bank and called for help. None of the others at the scene could swim. Alderman, 35, engineer-geologist, was attracted and entered the water fully clothed. He swam to Sheila, reaching her in water 12 feet deep. When Alderman took hold of her, Sheila struggled with him and then fainted. He towed her 130 feet toward the bank. By then very tired, Alderman sought to stand on the bottom but was submerged in water eight feet deep. He retained his hold on Sheila and took her to the surface. Alderman was greatly fatigued by the time he had towed Sheila the rest of the way to the bank. She revived.

Joseph W. Alderman, 90, of Winchester, Virginia, died Saturday, June 4, 2022, after an arduous battle with Alzheimer’s Disease. In 1966, Alderman, then a 35-year-old engineer-geologist,
saved a 16-year-old girl who struggled in a water-filled gravel pit in Piketon, Ohio. Alderman swam, fully clothed, 150 feet to the girl who struggled with him before fainting. He towed her to the bank where she was revived. Alderman was born in August, 1931, in Wooster, Ohio, to Ovid A. and Ruth Alderman. He graduated in 1949 from Wooster High School. He was a Boy Scout and pitched for the school baseball team. After high school, he served in the Air Force from 1953 to 1955, where he attended weather school. After marrying Barbara Frederick in 1960, he earned a B.A. in geology from the College of Wooster in 1961. Joe worked for the U.S. Army Corps of Engineers as a geologist for 45 years and retired in 1996. Flying was Joe’s passion. He racked up many hours in small private planes, towing banners over football games, and sharing ownership of planes with friends at the Winchester airport. He was also a flight instructor. He was also
an accomplished nature photographer. Alderman is survived by his wife; children, Karen Todd, Fritz Alderman, and Mark Alderman; grandchildren, Ashley Alderman, Kevin and Ivy Todd; and step-grandchildren Julianna and Samantha Clark. 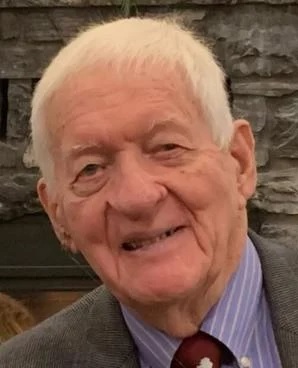