Jordan Scott Lambay rescued a woman from assault, Kirksville, Missouri, June 29, 2018. At night, a woman, 28, fled her house, where her husband had attacked her with an axe, and ran to a neighboring house for help. The woman alerted its occupants, including Lambay, 22, college student, and his partner, who both went outside. The assailant dragged the woman, bloodied, into the street and hovered over her with the axe as her children, screaming, were near. Barefoot, Lambay ran to the assailant, who was about 40 pounds heavier than him, and grasped the axe handle with his hands, impeding the assailant from swinging it at the woman. Lambay then struggled with the assailant, ultimately taking him to the ground as the woman remained facedown in the street. Lambay got atop the assailant, pinning him down, and attempted to wrest the axe away until his partner seized it and removed it from the scene. Lambay restrained the assailant until police arrived shortly. The woman was flown to a hospital for treatment of serious wounds; she survived. Lambay was not injured. 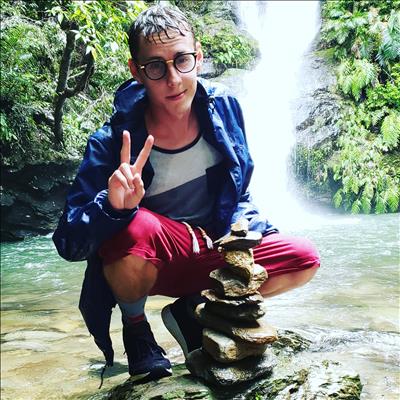