Jonathan L. Goldfarb helped to save Anthony P. Belbusti from drowning, Fairfield, Connecticut, December 22, 2019. Belbusti had entered Lake Mohegan, which was partially-frozen, to retrieve a dog that had broken through the ice. Belbusti, who had difficulty swimming, was then unable to return to shore. Johnathan L. Goldfarb, 26, physical therapist, was nearby with his brother when they heard shouting. Goldfarb and his brother ran to the scene and saw Belbusti and the dog about 100 feet from shore. The two entered the water and moved ice out of their path as they made their way to Belbusti and the dog. Once there, Goldfarb grasped Belbusti and the brother grasped the dog, and they swam back to shore and exited the water. A group on shore provided warm clothing to the men until rescue personnel arrived and transported all three to the hospital. Goldfarb, his brother, and Belbusti were taken to a hospital and treated for hypothermia, lacerations, and contusions; all three recovered. 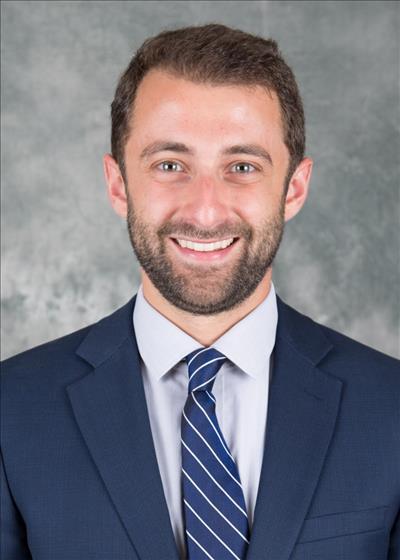