John David Smith saved Kaarisa B. Karley from burning, Snoqualmie, Washington, July 18, 2016. Karley, 70, was slumped over in the front seats of her coupe after an interstate highway accident in which the vehicle was struck from behind by a pickup truck. Demolished, the back of the car was lodged under the front of the truck and caught fire, as did the truck. Another motorist, Smith, 47, off-duty police officer, witnessed the accident. He approached the driver’s door of Karley’s vehicle and, finding that it was jammed shut, worked to force it open. He reached inside the car and grasped Karley about the waist, but she did not move. Concluding that her safety belt was holding her in place, Smith knelt on the driver’s seat, extended his upper body across the center console, and grasped Karley by the shoulders. He then repositioned her in the driver’s seat, released her safety belt, and, grasping her under the arms, backed from the vehicle with her. As he dragged her toward the side of the highway, another motorist approached and with Smith carried Karley to safety. Flames grew and spread quickly to engulf the vehicles. Karley required hospital treatment for her injuries, but she was not burned. Smith suffered from a sore neck in the following days but recovered fully. 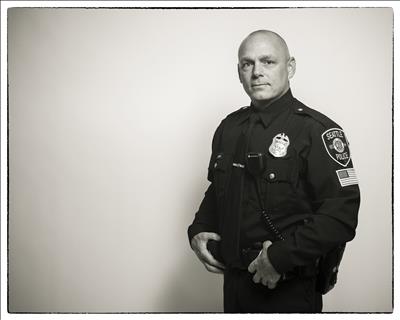