John D. Phelps rescued Schnaider Prophete from assault, Tampa, Florida, November 19, 2019. Prophete, 60, was driving a public commuter bus when, at a stop, an agitated man, 65, entered the bus and discharged pepper spray into his face, irritating his eyes. Using a utility knife, the assailant then repeatedly slashed Prophete in the upper body. Prophete fell to the floor of the bus near his seat as the assailant continue to attack him, slashing his legs. Among the passengers, Phelps, 61, cook, left his seat in the middle of the bus, loudly ordered the assailant, who was standing over Prophete, to stop, and advanced to Prophete’s side; the assailant moved toward the open, front doorway, about 5 feet away. Phelps, who coughed from the effects of the spray, received a metal, folding cart from a passenger and warded off the assailant, who dropped the spray can onto the floor and shortly exited the bus after Phelps stepped toward him. Following him outside, Phelps waved the remaining passengers off the bus and stood on the sidewalk a short distance from the assailant, who lunged toward him with the knife then left the scene. Prophete underwent emergency surgery and was hospitalized for multiple days. Police shortly arrested the assailant. 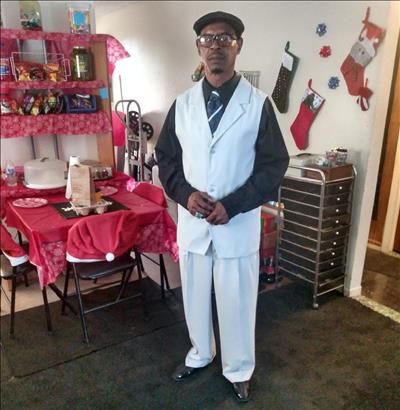