Jimmy Rhodes rescued Patrick E. Mahany, Jr., from burning, Frisco, Colorado, July 3, 2015. Mahany, 64, was the pilot of a medical helicopter that crashed in a hospital’s parking lot, where it struck the front of a parked motorhome and overturned onto the pilot’s side. Fuel immediately pooled on the ground nearby and quickly ignited, the flames engulfing the helicopter’s wreckage. Mahany remained on the ground near his seat after two nurses aboard the helicopter, both of whom were injured, escaped the burning helicopter’s cabin. Alerted inside the hospital where he was employed as a radiographic technologist, Rhodes, 38, ran to the helicopter’s nose with a handheld fire extinguisher. Standing at the perimeter of advancing flames, Rhodes sprayed Mahany with the extinguisher, bent over, and reached for Mahany’s legs before blistering heat forced him to briefly back away several feet. Rhodes then once again moved toward Mahany and, amid encroaching flames, used the extinguisher to clear a space for him to gain hold of Mahany’s vest. Using both hands Rhodes pulled him from the helicopter’s burning wreckage. As Mahany rolled away, Rhodes sprayed his body with the extinguisher to douse remaining flames. Others arrived and moved Mahany farther away. Mahany was treated at a hospital for severe burns, blunt force and internal thermal injuries but did not survive. Rhodes received medical treatment for smoke inhalation and burns. He recovered. 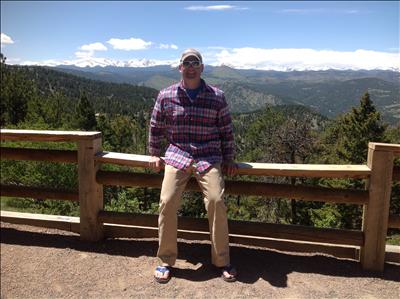