Jenna Fanelli helped to save Stephen Jones from drowning, Yonkers, New York, September 7, 2014. Stephen, 5, was seen floating away from the bank of the Hudson River while attending a community event at a municipal park. Alerted to the situation, Fanelli, 23, recreational therapist, who was attending the same event, climbed over a fence along the bank, descended to the level of the water, and entered the river. She swam to the boy and took him from a man who also had swum out but who was struggling in the water. Fanelli wrapped an arm around the boy’s chest and used her free arm to swim toward the bank against a swift tidal current that carried them farther up the river. At the bank, she was helped in getting Stephen out of the water. Stephen was not injured, and Fanelli was nearly exhausted and sustained some cuts to her feet, but she recovered. The other man submerged and drowned. 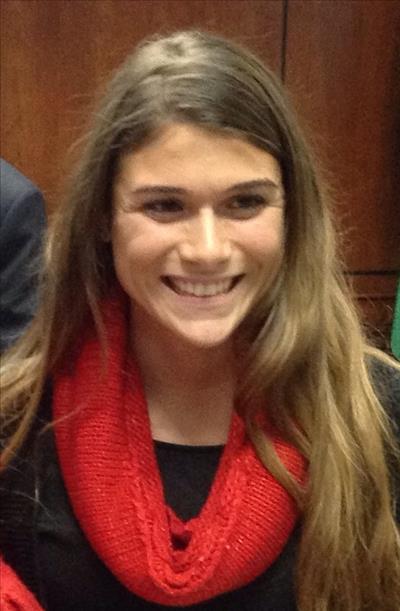