James Raymond Garvey, Sr. saved Ryan Hindinger from burning, Imler, Pennsylvania, November 19, 2016. Hindinger, 26, was driving his sport utility vehicle on a rural stretch of an interstate highway when it left the roadway and crashed. The vehicle rolled over, landed upright, and caught fire next to a wooded embankment about 75 feet from the highway. Garvey, 76, museum owner, was driving nearby with his wife when he noticed the fire, ran to Hindinger’s vehicle, and urged Hindinger to exit. Hindinger, who was semi-conscious, could not open the driver’s door, which was jammed from the impact. The passenger side of the vehicle was inaccessible due to burning brush. Garvey extended his upper body through the driver’s side window opening and pulled Hindinger, who was much larger than Garvey, partially through the opening as flames burned next to the open window. Garvey then braced his feet against the vehicle and pulled Hindinger free of the vehicle, then led him safely away as flames engulfed it. Garvey reported minor burns to his arm, which didn’t require medical treatment. Hindinger suffered a traumatic brain injury, was hospitalized for two days, and required speech therapy for months. He recovered. 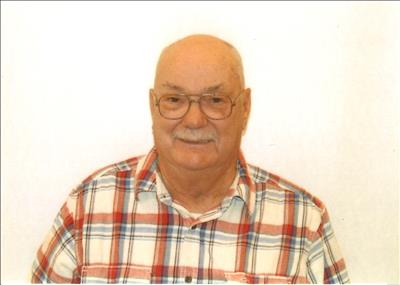