Gregorio V. Monge attempted to rescue Jack D. Stine from burning, San Bernardino, California, May 4, 2014. Stine, 91, was in a bedroom of his one-story house after fire broke out in that room at night and filled it with dense smoke. He collapsed to the floor beside his bed. At his nearby home, Monge, 35, was alerted to the fire, and he responded to the scene, where he learned that Stine was still inside the structure. Monge entered the house through its front door, which opened to a hall that accessed Stine’s bedroom, but after proceeding a few feet he was repulsed by the smoke and retreated outside for air. After using a lawn chair to break out windows in the bedroom, to vent it of smoke, he sprayed water into the room to fight the flames. He then re-entered the house, reaching the door to Stine’s room, where he saw Stine on the floor. Again repelled by the smoke, Monge retreated outside, where he removed his sweater, soaked it with water, and held it to his face. Again he re-entered the house. He proceeded to Stine’s room, entered, and, grasping Stine by an arm, pulled him to the hall and then to the front door. Stine died at the scene, and Monge suffered smoke inhalation, for which he later sought treatment. He recovered. 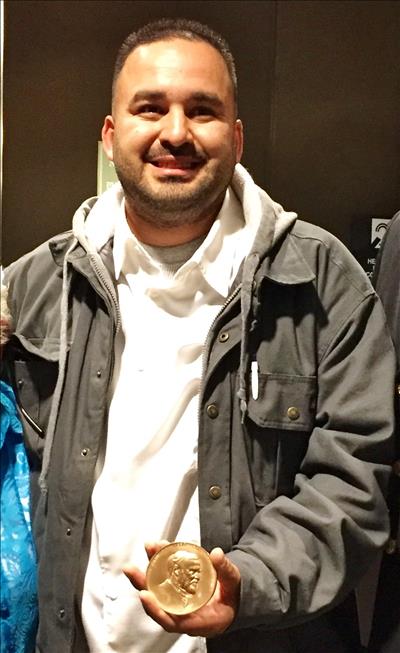