The Gary Olson Family rescued a woman from assault, North Sioux City, South Dakota, May 10, 2014. A 38-year-old woman who was being threatened with a gun by her husband in a parking lot walked onto the adjacent highway and waved her arms. Inside the sedan that immediately stopped were Gary Olson, 64, off-duty deputy sheriff transporter; his wife, Mary, 54, medical biller, who was driving; and their daughter, Shelby, 20, college student, who was in the back seat. The woman approached them and asked for help, telling them that the assailant was going to kill her. Shelby opened the back door on the driver’s side for the woman, who then entered the car as Gary stepped from the front passenger seat and began to circle the vehicle. The assailant drove up in a pickup truck, stopped beside the car, and pointed the gun at the woman. When Gary then approached him and showed his deputy’s badge, telling him to leave, the assailant pointed the gun at Gary. Gary told Mary to drive off, and she did so, leaving him with the assailant. The assailant then turned his truck around and pursued the three women. The high-speed chase went through a residential neighborhood before both vehicles entered an interstate highway and reached speeds estimated by police at 100 m.p.h. During the pursuit, the assailant shot at the car at least three times, with one bullet penetrating it and striking Shelby in the lower back. Police by then had joined in the pursuit, and Mary exited the interstate at the scene, having made a five-mile loop. After his truck was disabled by police, the assailant was found inside, dead of self-inflicted gunshot. Shelby was taken to the hospital for treatment of her wound, from which she recovered. 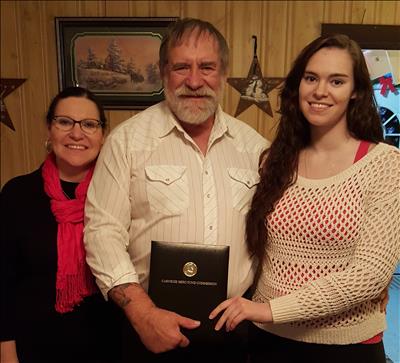