Garrett T. Townsend, Jr., died helping to save a boy from drowning, Detroit, Michigan, May 24, 2009. A seven-year-old boy entered a residential neighborhood construction site that contained an excavated pit about 15 feet deep at its center. Murky water partially filled the pit to a depth of about 10 feet. In some fashion the boy entered the water and could not get back out. At his home nearby, Townsend, 58, financial planner, was alerted to the situation. He responded to the scene and, despite having limited swimming ability, entered the pit and made his way to the boy. He held the boy up but then submerged. Another man entered the pit, swam to the boy, and took him to the side of the pit, from where he and the boy were both removed to safety. A police officer who had arrived entered the pit on learning that Townsend had submerged. After the officer located him, Townsend was removed from the pit and taken to the hospital. He could not be revived, as he had drowned. 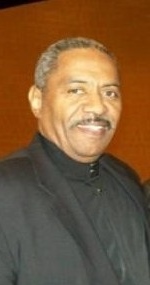