Fred Hunt, Jr., died helping to save Maureen A. Jennings from drowning, Cocoa Beach, Florida, October 22, 2007. Jennings, 68, was swimming in the Atlantic Ocean when she was caught in a current while attempting to return to shore. Hunt, 51, senior buyer, and others on the beach were alerted to her situation. He and another man entered the water and waded and swam out to Jennings. They then pushed her a distance toward shore before succumbing to the current themselves. Jennings struggled through wadable water to reach shore safely, receiving aid en route. Responding members of a rescue team recovered the other man from the water, and then, joined by a lifeguard, returned Hunt to the beach. Hunt could not be revived, as he had drowned.

Hunt loved spending time with his family and friends, whether it be in the backyard, on the boat, at the pool, or on the beach. 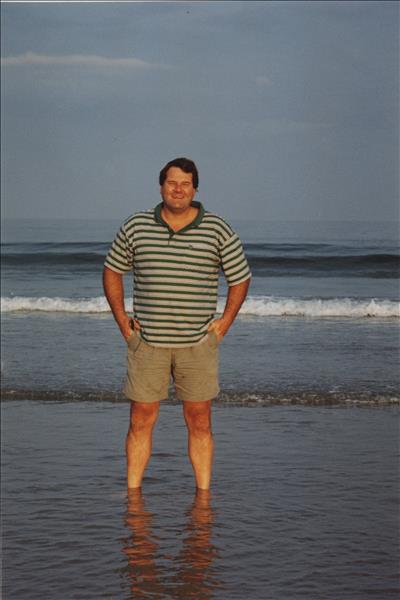