Ernest Lee Krueger helped to save Anne E. Veler from burning, Leavenworth, Washington, October 26, 1985. Anne, 2, was strapped into a child’s safety seat in a subcompact car, the front end of which was enveloped by flames after a fatal accident involving another car, which also was aflame. Krueger, 36, contractor, traveling nearby with his brother, stopped at the scene. Unable to open the subcompact’s doors because of the flames, Krueger and his brother pulled the car away from the other one. After the brother threw a rock through the rear passenger window, the men were able to unlock and open the passenger door. With flames entering the car, Krueger used his pocketknife to cut Anne free of her safety seat. Aided by his brother, he pulled Anne from the car moments before its fuel tank exploded. Anne recovered from a head injury.

Ernest Lee Krueger, 72, of Spokane, Washington, died Wednesday, Sept. 22, 2021, after a tough battle with stomach cancer, with his beloved dog Piper by his side.

Krueger was born in Gordon, Nebraska, on Aug. 12, 1949 to Phyllis Eileen Ruleau Krueger. During adolescence he lived in Oregon, California, Wisconsin, and Washington. He graduated from A.C. Davis High School in 1967 in Yakima, Washington.

After high school graduation, Krueger was employed by Boeing Aircraft in Seattle until he enlisted into the Navy in 1969 where he was trained as an anti-submarine warfare operator. While stationed in Europe, Krueger visited and explored many countries. Krueger’s helicopter squadron received a Presidential Citation during deployment, Krueger met an American tourist who would later become his wife; he and Barbara Fromm were married for 10 years and remained lifelong friends.

After serving, he graduated from the University of Wisconsin, Madison, in 1977 with a degree in landscape architecture. Krueger’s family still flies the Badger flag on Wisconsin game days.

Krueger had a passion for landscape architecture, which led him to park maintenance of government parks along the Columbia River in the Pacific Northwest including landscape maintenance at the Grand Coulee Dam and to lead general construction company, Coyote Corporation in Spokane, Washington, and his specialty was construction work for Native American Tribes. Krueger retired as a certified financial advisor for Wells Fargo.

In 1985, Krueger, 36, and his brother Nicholas P. Provost, 38, were traveling in Leavenworth, Washington, when they came upon the scene of a fatal accident involving two cars. Flames spread over both vehicles while a 2-year-old girl remained fastened in her car seat inside one of the cars.

Amid intense flames, the brothers pulled the vehicles away from each other. Then, Provost threw a rock through the passenger window of the car containing the toddler, which allowed them to unlock and open the passenger door. Flames entered the car as Krueger used a pocket knife to cut the toddler out of her car seat. The men pulled the girl from the car moments before its fuel tank exploded.

In addition to being awarded the Carnegie Medal, Krueger was also honored with the Award of Merit presented to him by the Washington State Patrol and the Robert P Connelly Medal of Heroism presented to Krueger at the international meeting of the Kiwanis organization in Penticton, British Columbia.

Krueger’s family described “Ernie” as a vibrant person who enhanced the lives of those lucky to have met him. He was a loyal, respectful friend, free of judgement, who was always entertaining others with jokes and stories. Few people loved to interact with others as much as Krueger; his infectious smile and magnetic personality lifted the spirits of everyone.

Krueger was also a lead family historian and will always be remembered for bringing his family together, including major reunions such as the Ruleau and Livermont families in 1985. Krueger’s Native American birth family was very important to him. He is an enrolled member of the Oglala Lakota Sioux Tribe.

He found enjoyment in a variety of activities including basketball, scuba diving, sailing, mountain climbing, hunting, fishing, biking, and running. He was a passionate, self-taught chef who had a talent for pairing wines with his gourmet meals and desserts.

Later in his life, Krueger traveled to Japan, Canada, Tonga, the Caribbean, and Puerto Rico. One of Krueger’s and his partner of 35 years, Kay Sneva’s favorite travel activities was sailing in the San Juan with their friends.

Kay and her two children, TJ and Shelby, enriched Krueger’s life tremendously. Their shared family was a source of strength for all of them. 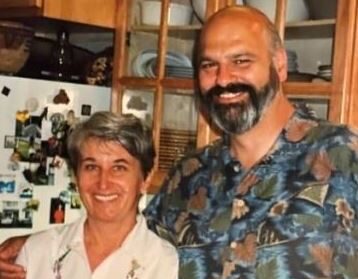