Erik Breitwieser saved Edmund Soledad-Reyes from burning, Southampton, New York, November 14, 2015. Unresponsive, Soledad-Reyes, 21, remained in the driver’s seat of his coupe after a nighttime accident in which the vehicle overturned and its front end caught fire. Responding to the scene, Breitwieser, 35, police officer, approached the driver’s side of the car and went to his hands and knees on the pavement. He used a baton to break out the window of the driver’s door, and then, despite flames about 4 feet high issuing from the engine area and smaller flames inside the passenger compartment in the area of the pedals, reached inside and grasped Soledad-Reyes by the shirt. He tugged once, but Soledad-Reyes did not move. Realizing that his safety belt was engaged, Breitwieser went to his stomach, extended his upper body into the vehicle, and cut the belt with a knife. He then pulled Soledad-Reyes to him and, dragging him, backed from the vehicle to safety. Soledad-Reyes required hospital treatment for his injuries, and Breitwieser coughed for two days after the rescue. He fully recovered. 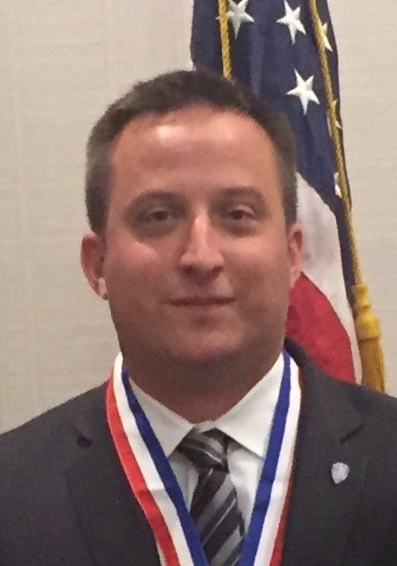