Edmund L. Zernach, 18, schoolboy, helped to save Gordon A. Teaney, 14, schoolboy, from falling, Madison, Indiana, May 1, 1955. While hiking in a state park, Gordon lost his balance and rolled down a steep slope of a canyon to the edge of a drop-off 150 feet in height, where his foot precariously caught on a sapling four feet high. Although tensed with fright, he worked his way five feet upward on the slope. Loose fragments of rock continuously were dislodged as he moved. Zernach, who sighted Gordon from the canyon floor, crossed a shallow creek and ascended a path to the top of the canyon. He jumped onto an outcropping of rock, grasped the trunk of a 12 foot sapling, and attempted to slide down it to the slope. The sapling bent under his weight and fell to the ground, some of the roots being pulled loose. Zernach was swung from the outcropping and landed on his knees on the slope within five feet of the drop-off six feet from Gordon’s position. Cautiously Zernach drew himself upward along the sapling to a small recessed ledge at the base of the outcropping. Holding tightly to the trunk of the sapling to prevent the remaining roots from pulling loose, Zernach moved the sapling along the surface of the ledge to within reach of Gordon, who reached backward and got hold of the sapling. Gordon then worked his way hand over hand on the sapling to the recessed ledge. A man and two youths using an electric cable drew Gordon and Zernach to safety. Gordon suffered scratches of the arms and legs, and he and Zernach were extremely nervous. Both recovered. 43538-4018

Edmund Lawrence “Larry” Zernach, 81, of Peachtree City, Ga., passed away on July 28, 2018, at Southwest Christian Care Hospice in Union City, Ga., with family by his side.

Zernach was born on April 27, 1937, to Edmund & Sarah (Ohlmansiek) Zernach in Milan, Ind. He grew up in Lawrenceburg, Ind., where his passion for helping others started early with delivering newspapers and serving as a lifeguard at the city pool. Growing up in Lawrenceburg during the 1940s and 1950s, Zernach experienced the height of the “Hoosier Hysteria” basketball craze in Indiana. Playing basketball at Lawrenceburg High School, his teams faced off against the Milan High School basketball team that was featured in the movie “Hoosiers.” Zernach often bragged about this — “Hoosiers” was his favorite film.

While still in high school, he attended an annual picnic of the Methodist Youth Fellowship at Clifty Falls State Park near Madison, Ind., where he saved the life of a 14-year-old boy who had slipped from a path, rolled to the side of a cliff, and was hanging precariously, about 100 feet above the floor of the canyon. While sending another boy for help, he tried to calm the hysterical boy and was able to work his way closer to him. He talked the boy into grabbing onto a stick and eventually was able to grab the boy by the wrists and pull him to a safe area, where they could wait until the others came and pulled them both to safety. For this act of heroism, Zernach received the Carnegie Medal, the Young American Medal for Bravery from President Eisenhower, and honors from The American Legion. This example of helping others continued to be a theme throughout his life.

To pay for his college education, Zernach worked in Clearwater National Forest in Idaho as a smokejumper, fighting forest fires. He lived and worked several summers in the mountains at Canyon Ranger Station and then returned to Indiana for fall classes at the end of the season. He had a strong work ethic in everything he did.

Zernach graduated from Purdue University in 1959 with a degree in forest management. After graduation, he worked for Owens-Illinois in Tomahawk, Wis., where he married Jane Anderson on June 2, 1962. During his career, he worked and lived in Tomahawk; Orange, Texas; Toledo, Ohio; Wisconsin Rapids, Wis.; and Peachtree City. He also served his country in the Army at Fort Gordon in Augusta, Ga. from 1962 to 1964.

Zernach enjoyed the outdoors, golfing, traveling, volunteering, and walking. He was also an avid sports fan. Along with his favorite sport of basketball, he loved baseball and football. Growing up near Cincinnati, Ohio, Zernach was a fan of the Reds, and he often would attend games with his father. After moving to Wisconsin, he became a loyal Packers fan. Of all the games he attended at Lambeau Field, his favorite was the “Ice Bowl” game in 1967.

He was a member of the Holy Trinity Catholic Church, Knights of Columbus, and St. Vincent de Paul, and he also delivered food to those in need. He was a “people person” who never met a stranger. Caring, truthful, and generous, he was a man of faith and integrity.

(Edited from an obituary published on the website for the Mowell Funeral Home in Peachtree City.) 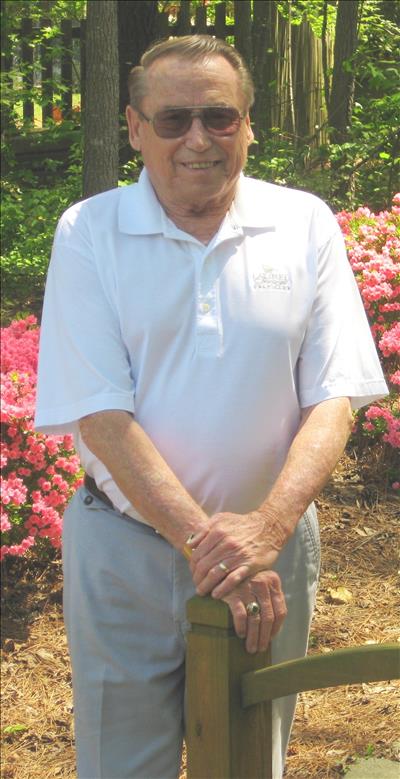