Douglas D. Killingbeck died attempting to save John M. Przydatek from drowning, Milford, Michigan, May 21, 2011. John, 16, and a friend were paddling a canoe on the Huron River when the canoe was caught in turbulent water at the base of the spillway of a dam. The canoe overturned, throwing both boys into the water. John’s friend was washed from the turbulent water and emerged to safety, but John became caught in the boil of water at the base of the dam. Killingbeck, 48, manager, had been canoeing alone on the river and was in the vicinity of the dam when he was alerted to the accident. He carried his racing canoe to a point along the bank about 100 feet below the dam, launched it, and paddled toward the dam, en route donning a lifejacket. Reaching the area of turbulent water, Killingbeck got out of the canoe but was immediately submerged, and he too became caught in the boil. Rescue personnel arrived shortly and recovered both John and Killingbeck from the river, but neither could be revived. They had drowned.

Killingbeck was buried in Milford Memorial Cemetery in Milford. 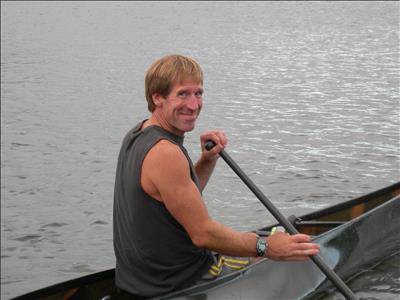