Donnie Navidad attempted to save a woman from effects of falling, Oakland, California, November 24, 2013. A 20-year-old woman sat on an outside ledge atop the highest deck of a stadium, drawing attention from those on the concrete concourse 67 feet below. One of them, Navidad, 61, government employee, moved to a point directly beneath the woman as she started to fall. He bent at the knees and stretched out his arms to catch her. Navidad grasped the 100-pound woman as she struck him and was knocked to the pavement, the woman landing nearby. The woman required hospitalization for treatment of severe injuries, and Navidad was treated at the emergency room for contusions to an arm and shoulder. He fully recovered. 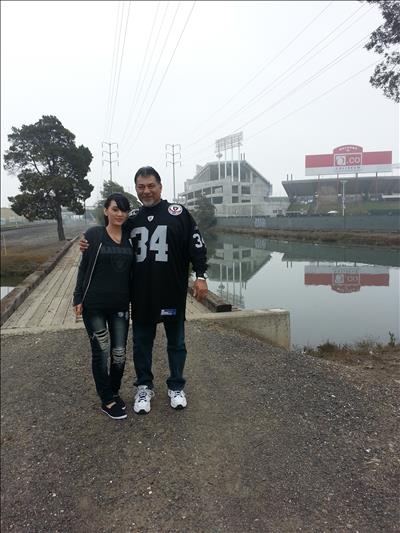