Dean Ronald Nelson rescued Molli R. Ellis from burning, Gilmanton, Wisconsin, February 8, 2014. Molli, 5, was in a second-floor bedroom of a two-story house after fire broke out at night on the first floor, below her room. Awakened by a smoke alarm, Nelson, 31, laborer, who lived at the house, exited the structure, having sustained severe burns. With rapidly deteriorating conditions precluding access to the second floor from inside, he placed a stepladder against the house, beneath Molli’s bedroom window. Molli’s mother, who also lived there, climbed to the window and broke it out, but escaping smoke repelled her. Nelson then climbed to the window, entered the bedroom, and crawled through dense smoke to Molli’s bed. He picked Molli up and, placing her under his arm, returned to the window. They dropped through it to ground level and with Molli’s mother sought refuge, at a neighbor’s, from the flames and an air temperature that was well below zero. The house was destroyed by the fire. Molli was hospitalized a week for treatment of smoke inhalation and burns to her face, and she recovered. Nelson was hospitalized four days for treatment of second-degree burns to his face, hands, and back, plus smoke inhalation, lacerations, and mild frostbite to his feet. 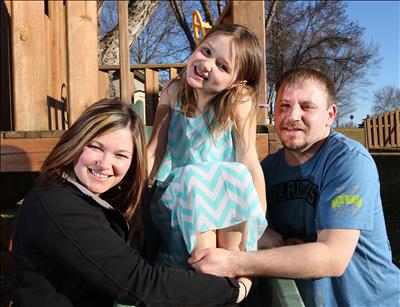