Daniel Simonelli helped to save a man from drowning, La Jolla, California, January 10, 2019. After entering the Pacific Ocean from a beach in a cove, the man struggled to swim as high, surging waves washed him toward a rocky bluff along the shoreline. The man was alone in the water, and no lifeguards were on duty. Overlooking the scene, Simonelli, 53, swim coach, saw the man in distress and concluded that he needed help. As a bystander notified first-responders, Simonelli removed his outer clothing, entered the 60-degree water, and, wearing swim fins, swam to the man, who was near the opening of a rocky notch at the base of the bluff. Navigating large, frequent waves, Simonelli ultimately grasped the man and guided him to a point away from the rocks but also farther from the beach. Simonelli remained with the man as an arriving lifeguard reached them on a personal watercraft and another swam out to them from shore. Using the watercraft, the lifeguards took the man to safety, leaving Simonelli behind. Simonelli returned to the beach under his own power. He was cold and nearly exhausted but did not require medical treatment. 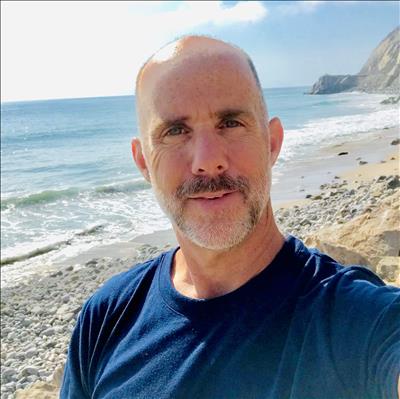