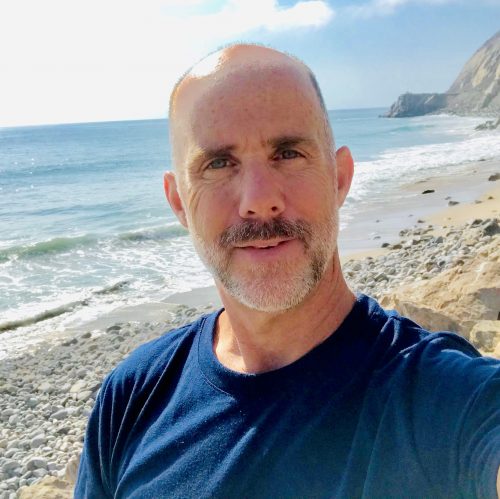 After entering the Pacific Ocean from a beach in a cove in the early morning of Jan. 10, a man struggled to swim as high, surging waves washed him toward a rocky bluff in La Jolla, Calif. Daniel Simonelli, 53, swim coach from San Diego, saw the man in distress.

As a bystander called 911, Simonelli removed his outer clothing and entered the 60-degree water, wearing swim fins. Navigating large, frequent waves, Simonelli grasped the man and guided him to a point away from the rocks.

Simonelli stayed with the man, and arriving lifeguards took the man to the shore via personal watercraft. Simonelli returned to the beach without assistance. Simonelli was not injured.

During this time of the year, our ocean front lifeguards go on duty at 0700 and operations begin at 0900. Our night crew is on duty throughout the night with 3 guards and a dispatcher at our headquarters in Mission Bay and two guards in La Jolla at the northern garage. ..At 6:58 this morning 1/10/19, a local Cove swimmer @dan.swimonelli recognized a person in distress in the large surf at the Cove, where all the water energy pushes into an area referred to as ‘the hole’. Dan has a reputation with the cove staff as being an extremely calm and strong ocean swimmer. He grabbed his fins after 911 was called and entered the water to make contact with the victim as 3K with our two Northern night crew guards responded code 3 and jet 3 was launched from La Jolla Shores. .The footage is taken by a bystander. You can see Dan swimming out, ducking some waves, make contact with the distressed swimmer and coach them away from the rocks. Thanks Dan!..Entering the water without lifeguards on duty is never recommended. Please swim with caution!.CBS 8 – San Diego NewsFOX 5 San Diego10News – ABC San Diego KGTV

Posted by Lifeguards of San Diego on Thursday, January 10, 2019