Christopher Etre saved Esha Patel from drowning, Grafton, Massachusetts, December 13, 2019. Patel, 18, was a passenger in a vehicle that slid off the road, went down an embankment, and entered the Quinsigamond River at night. Etre, 48, construction company owner, was driving nearby and saw the car slide off the road. He stopped at the scene and went down to the river’s edge, where he saw the car in the river. Etre returned to his truck and obtained a large wrench, then went back to the river and ran along the bank, to where the car had drifted downstream. Etre stepped into the river and then swam about 30 feet to the car. All but the rear of the car was submerged in the frigid water. Etre broke out the rear, driver’s-side window but was unable to remove Patel. He then climbed onto the roof. Patel was positioned in an air pocket near the rear windshield. Etre used the wrench to break the rear windshield, then pulled the glass from it with his hands. He grasped Patel by the arms and assisted her from the vehicle and onto the trunk. Patel then swam a short distance to the opposite bank, where others helped her from the water, and Etre followed. Patel was taken to a hospital for observation; she was not injured. Etre was cold after the rescue and sustained lacerations to his hand; he recovered. 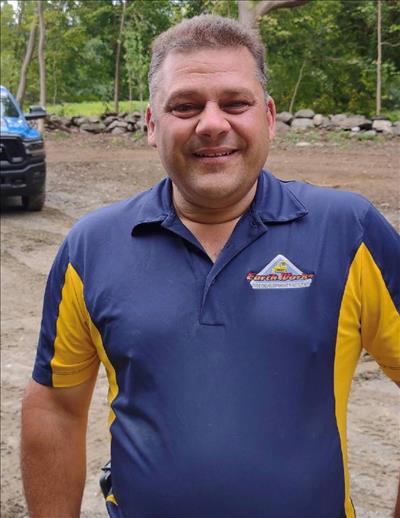