Cameron K. Hanson saved Leon G. Engelhart from drowning, Fergus Falls, Minnesota, December 6, 2018. Engelhart, 65, driving an all-terrain vehicle on ice-covered Wall Lake at night suddenly entered open water on the lake and floundered. Hanson, 37, corrections officer, fishing nearby, saw Engelhart enter the water. Hanson and another man drove an all-terrain vehicle on the ice to a point near the open water, where they saw Engelhart struggling to stay above the surface. Hanson entered the water and swam about 75 feet to Engelhart. Hanson grasped Engelhart by the back of the jacket and swam, with difficulty, while towing Engelhart, back to the edge of the ice. Once there, the other man helped Hanson remove Engelhart from the water. The man also helped pull Hanson from the water. Hanson and the friend then placed Engelhart on their vehicle and rode to a public access area of the lake where they were met by rescue personnel. Engelhart sustained severe hypothermia; he recovered. Hanson was cold after the rescue. 90320-10139 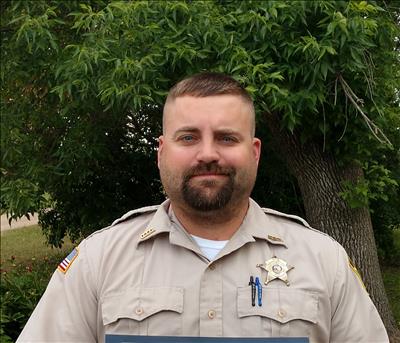