Arcangelo F. Liberatore rescued Natalia K. Petrellese from an attacking coyote, Thornwood, New York, April 29, 2018. Natalia, 5, was at a township park with her mother and younger brother when a rabid coyote approached them and bit Natalia’s arm, latching onto it. The coyote dragged Natalia to the ground, where her mother grasped the coyote’s snout. The coyote briefly released Natalia, but then bit the back of her neck, which was covered by a hooded sweatshirt. Natalia’s mother fought the coyote, but could not get it to release Natalia. Liberatore, 31, off-duty police officer, was at the park and heard screams. He ran to Natalia and grabbed the coyote, pinning it to the ground. The coyote released Natalia, who was taken to safety by her mother. Liberatore struggled to restrain the aggressive coyote, which attempted to bite him, for several minutes. Police arrived and shot and killed the coyote. Natalia sustained a bite wound to her arm, which required sutures. Liberatore sustained scratches to his hands. Both Natalia and Liberatore were treated for rabies. Both recovered from their injuries. 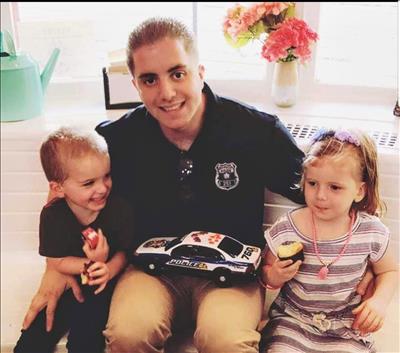