Angel Darlene Fiorini helped to rescue Gianna E. Fiorini from burning, Newman Lake, Washington, October 28, 2016. Gianna, 7, was in the bedroom of a burning mobile home when fire broke out in the kitchen. Fiorini, 32, homemaker and Gianna’s mother, removed Gianna’s brother and sister from the home and then re-entered for Gianna. Fiorini got onto her stomach and moved toward the bedroom through the thick, black smoke and blistering heat. Once inside the bedroom she removed Gianna from a bed and put her on the floor, then dragged her toward the front door. Fiorini stopped several feet from the door and briefly released Gianna in order to open it. Fiorini lost consciousness as she returned to Gianna, who also lost consciousness. A man arrived on the scene and entered the home, removing first Fiorini and then re-entering for Gianna and taking her from the home. Both Fiorini and Gianna regained consciousness after being removed. Flames issued from the doorway minutes after they were away from the home, which was shortly engulfed by flames. Gianna was hospitalized for smoke inhalation and severe burns. Fiorini was hospitalized several weeks for severe lung damage from smoke inhalation and severe burns to nearly half of her body. 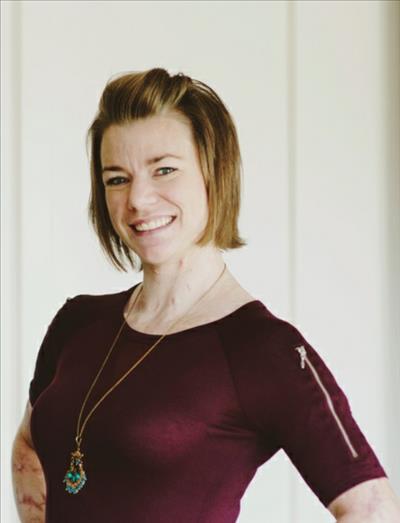