Andrew J. Sullivan saved Michael Corey for burning, Windsor Locks, Connecticut, October 2, 2019. Corey, 51, was trapped in a burning, vinyl-and-metal building at an airport after the wing of a crashed vintage military bomber detached and struck a front corner of the building containing an electrical transformer. Fuel caught fire and caused the building, and its vinyl exterior, to burn. After evacuating to a nearby parking lot, Sullivan, 28, operations supervisor and a co-worker in an adjacent building, went to search for Corey. Hearing Corey call for help but unable to enter Corey’s building by doors blocked by fire, Sullivan ripped a hole in a vinyl maintenance flap and entered. In thick, black smoke down to his knees, Sullivan called out for Corey and shone his cellphone flashlight. As Sullivan moved farther into the building, Corey moved toward Sullivan, with Sullivan eventually finding Corey about 70 feet inside. Sullivan led Corey to the torn flap where they exited to safety. Corey wasn’t injured. Sullivan was treated at a hospital for burns to his fingertips and forehead, and he recovered. 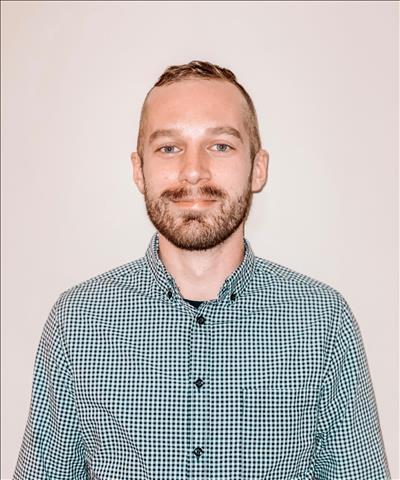