Alvan C. Hirshberg saved Herbert E. Schleicher and three others from an impending explosion, Queens, New York, September 14, 1960. When the airliner of which they were the crew crash-landed at New York Municipal Airport and rolled over onto its top, Schleicher, 38, first officer, Sheldon E. Pangburn, Kenneth P. Thoman, and Gordon E. Staples were trapped in the cockpit as exterior flames spread on one side of the craft to within 15 feet of the nose. The detached wings, one broken off 10 feet from the fuselage, fell 20 feet away and burned with flames five to six feet high, while fuel spilled on the ground at one side of the craft also burned. One fuel tank containing about 700 gallons of kerosene remained intact in the stub of the wing still attached to the burning plane. The crew and passengers, including Hirshberg, 34, cotton converting company president, escaped serious injury. Hirshberg left by way of an escape hatch and, fearing an explosion, started to run from the wreckage but noticed the men in the cockpit, the inside door of which could not be opened. Hirshberg ran back to the plane and, standing within 15 feet of the flames on the fuselage, tried without success to break a window in the cockpit. He then found the outside lever controlling the window and, after a number of attempts, during which he broke all of his fingernails, succeeded in releasing it. Hirshberg pulled Schleicher through the opening and then, reaching into the cockpit, grasped Pangburn by the legs. With Schleicher’s help, Hirshberg in turn removed Pangburn, Thoman, and Staples from the cockpit. All passengers safely left the plane. The airport’s firefighting units arrived soon afterward and extinguished the flames.

He was an Eagle Scout, attended public schools, and graduated from Haverhill High School in 1943. One week after his 17th birthday, he enlisted in the V-12 Navy officers’ aviation training program at Tufts University in Medford, Mass. Hirshberg completed flight and navigation school, USNAS, in Brooklyn, N .Y., and received his gold wings and officer’s commission 80 weeks later. He then was assigned to flight squadron VR-11 in the Pacific battle theater. He received the Asiatic-Pacific and Victory World War II medals.

When peace came, he returned to Tufts University and graduated in 1948 with a bachelor of science degree in biology. He remained in the Navy Reserve flight squadron VR-912 NAS, South Weymouth, Mass., until 1968. He retired as lieutenant commander on March 14, 1986.

Hirshberg was a life member of The 210 National Foundation, a shoe manufacturing industry society. He developed a number of proprietary shoe manufacturing components, was an importer of crepe rubber soling, and was president of Harry Hirshberg & Co., Inc., of Andover, Mass.

Hirshberg received the Carnegie Medal in 1962 for saving four trapped cockpit crew members aboard an American Airlines Electra that crashed at LaGuardia Airport in New York on Sept.14, 1960. For this action, he also received the Award of Merit from the Flight Safety Foundation and a commendation from the admiral of the First Naval District. When a reporter for The New York Times asked Hirshberg what prompted his heroic action, he replied, “I’m no hero. This was the result of my Navy training.”

Hirshberg was elected to the board of trustees, Holderness School, Plymouth, N. H. He was a member of The Sylvanus Packard Society, Tufts University, and was presented with the Presidential Volunteer Service award in 2005. He was an instructor at the Maritime Academy of Riviera Beach, Fla., and was inducted into the National Teacher Honor Society in 2008 for Navigation and Nautical Astronomy. He was a vessel inspector in the Marine Safety Detachment, U.S.C.G., Lake Worth Inlet. He was a 100 ton Ships Master, U.S. Maritime Service. 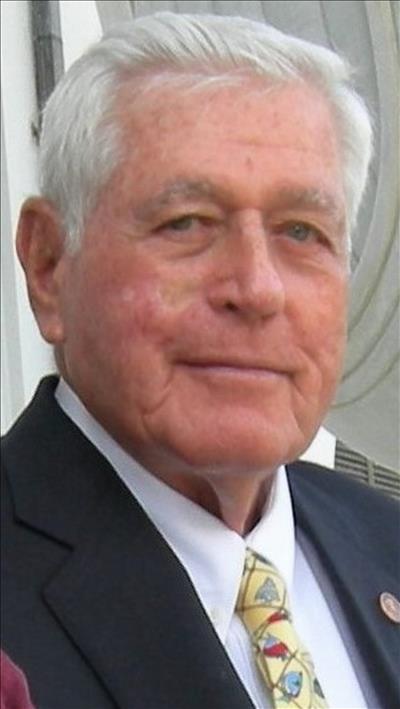