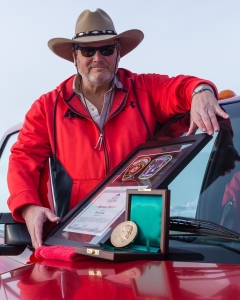 Awarded the Carnegie Medal in September 2015 for helping to save the pilot of a small crashed and burning airplane in West Jordan, Utah, on Aug. 10, 2014, Kirby Crump of West Jordan had this to say:  “I have had the medal for about six weeks now and am past due for a thank you to the Commission.   When the man I helped to save stopped in town last summer to see us, his wife came over for a hug and to tell me that they’re almost 100%.  I put my arms around her and whispered in her ear, ‘No one gets back 100% from something like this.  But 85% or 90%–I think you should take it!’  She cried and smiled all at the same time. 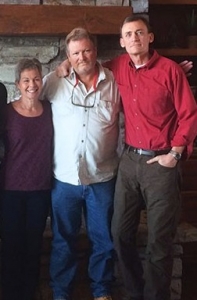 “At the end, isn’t that what Carnegie is really all about?  That kind of moment, to see how well they’re moving ahead with their lives.  The Commission, the City of West Jordan, the police, the executive director of a radio show…all have been pulling me from the shadows and into the light.  I understand now, when I see people’s reaction to the story, how it touches them.  They come up to me, start talking, and tear up.  The day of the rescue is still pretty tough for me, but I would like to thank everyone at Carnegie for everything they’ve done.”