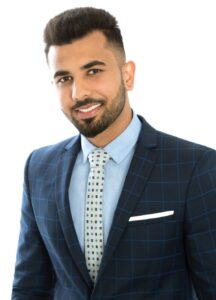 Harmanjeet Singh Gill, a 20-year-old truck driver from Brampton, Ontario, was driving Aug. 29, 2018, in Brampton when he saw a violent crash in which an SUV struck several vehicles and landed on its driver’s side a few feet from a house. Large flames burned at the vehicle’s rear, and Gill responded to the scene. Gill extended his head and arms through the car’s sunroof and pulled one of the three men inside to safety. Gill returned to the vehicle and dragged a second man to safety. Returning to the car to remove the third man, Gill had difficulty. With the help of a teen who also responded to the scene, Gill broke the sunroof to create a larger opening. They then pulled the third man to safety. The car was shortly engulfed in flames, which spread to another car and impinged on the house.