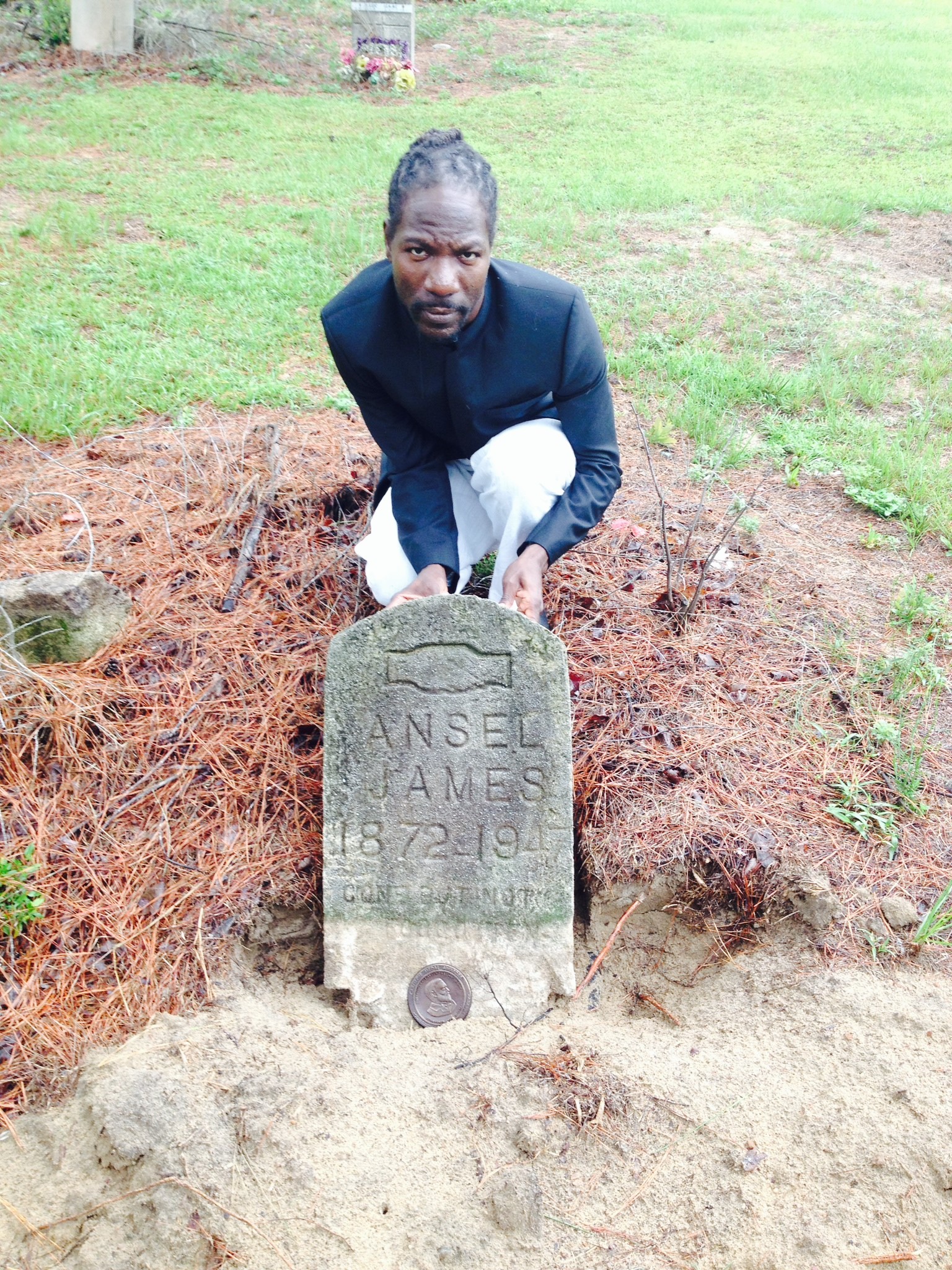 Through a family research project, educator Phillip N. Frazier, 41, of Washington, D.C., learned that his great-great-grandfather Ansel James was awarded the Carnegie Medal in 1945, when, on Feb. 16, 1945, he rescued a man who was trapped at the bottom of a 50-foot-deep well, buried by collapsing sand up to his armpits. Although it was dark, James, then aged 63, took a lantern and was lowered by bucket into the well. For the next three hours, he laboriously dug the sand away from the victim and sent it to the top by bucket, uncovering the victim to his knees. James then reached through the sand and with a pocketknife cut the man’s shoelaces, allowing him to be pulled from his shoes. Both the victim and James were raised to safety. James, who was awarded the medal and a $500 grant by the Hero Fund the following year, was uninjured.