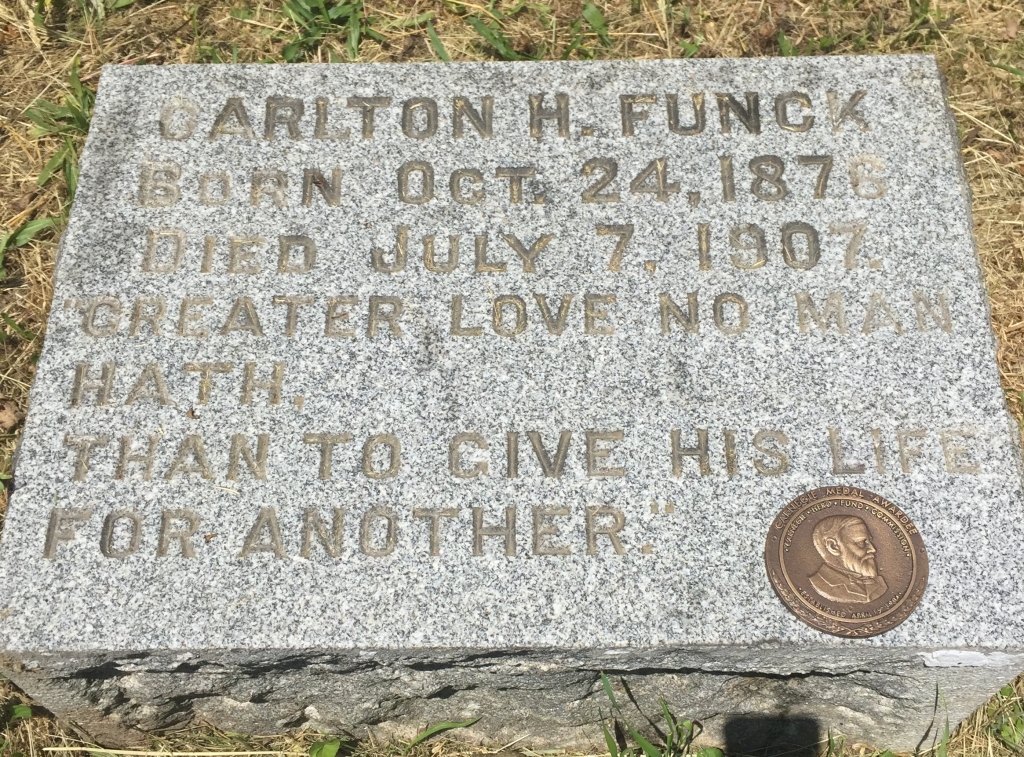 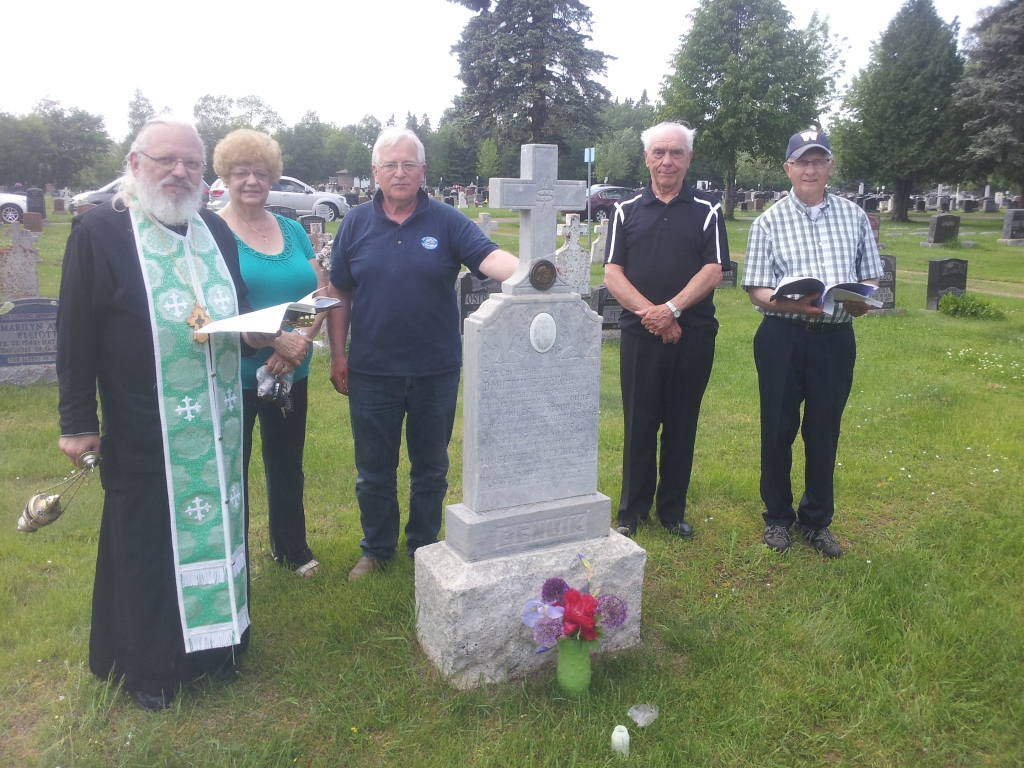 Graves of Carnegie Medal awardees in Connecticut and Ontario have been designated with a bronze marker cast in the likeness of the medal.  The markers are made available by the Hero Fund at no charge to the deceased awardee’s family.

In Connecticut, Stephen P. Funk of Litchfield, great-grandson of awardee Carlton H. Funck, informs that it took many years to find Funck’s grave, and when he did, he discovered that the granite stone was in excellent shape but that it had fallen over.  The stone bears a paraphrase of the Bible verse that appears on every medal.  Funck was awarded a silver medal posthumously in 1908 in recognition of his actions of July 7, 1907, by which he, a pressman, aged 30, died attempting to save a woman from drowning in the Connecticut River at Glastonbury, Conn.  Funk is the holder of the medal.

Across the border, the family of Dmetrie Benuik, who is buried in Thunder Bay, Ont., held a provody, or a memorial service in the Ukrainian tradition, in June.  The service was performed by Fr. Lubomyr Hluchaniuk, priest, left, and William Tureski, cantor, right, of St. Volodymyr Ukrainian Orthodox Church, Thunder Bay.  Present was William Skrepichuk, center, also of Thunder Bay, whose father was Benuik’s cousin.  Skrepichuk provided both water from the Dneister River and soil from Beniuk’s village, Mosorivka, Ukraine, which were blessed and sprinkled on the gravesite.  Benuik was awarded the medal in 1936 to recognize his role in the rescue of a miner from suffocation in Falconbridge, Ont. on Jan. 2 of that year.   He died nine months later in a mining accident.