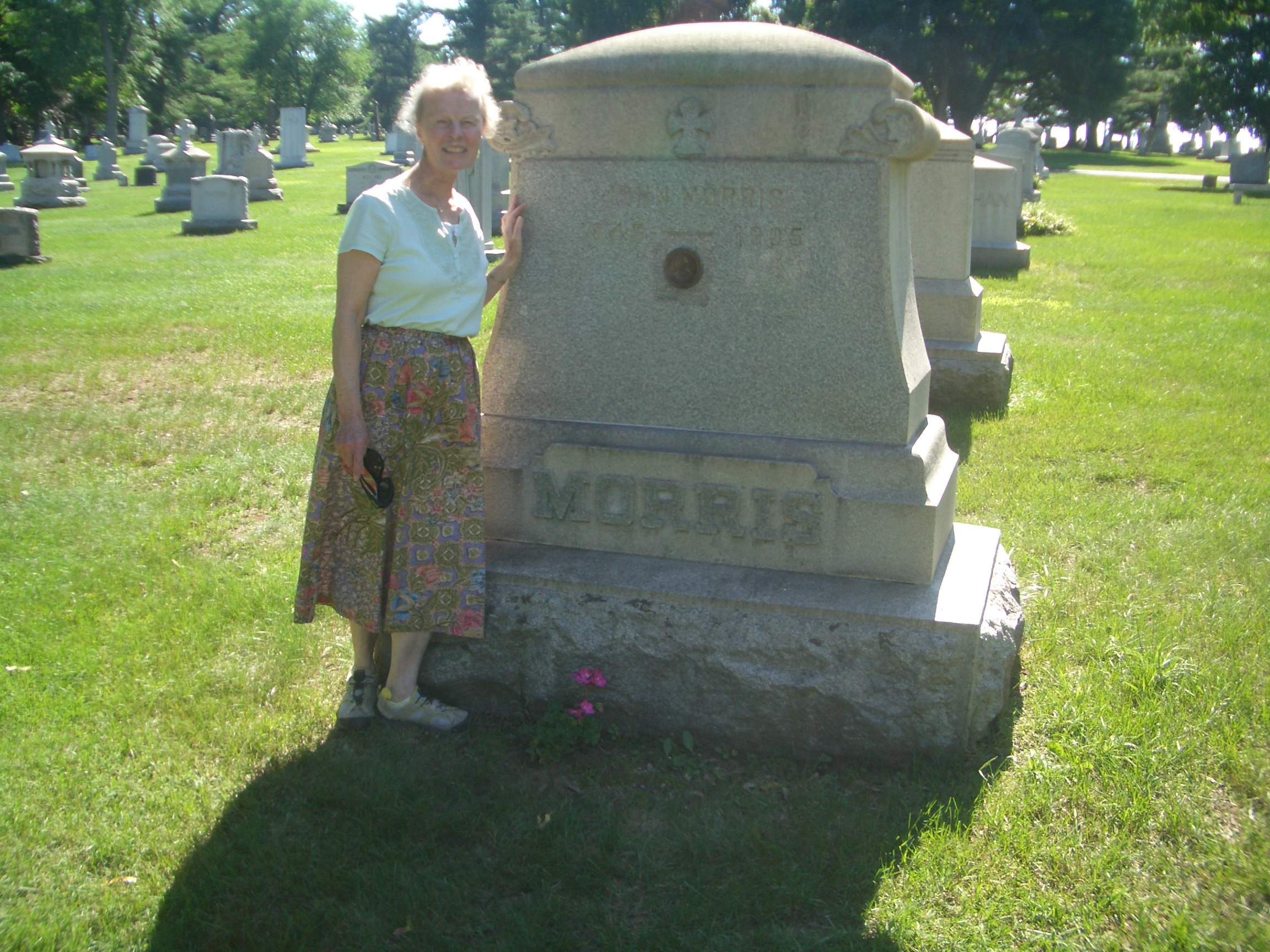 Sally Laubin of South Deerfield, Mass., recently honored the memory of her great-grandfather, John Morris, with the placement of a bronze grave marker on his headstone at Mt. St. Benedict’s Cemetery, Bloomfield, Conn.  At age 60, Morris died May 19, 1905, saving an unknown woman from being struck by a train at a crossing in Hartford, Conn., where he was employed as a railroad gatekeeper.  Morris was successful in pushing the woman to safety—and she then fled the scene—but the oncoming train struck and killed Morris instantly.  His priest eulogized him:  “To give life for life was a crystallization of the great law of charity exemplified by Him who said, ‘Greater love than this no man hath than that he should lay down his life for his friend.’ . . . May the applause evoked by his magnificent heroism prove but an echo of that with which he is greeted on entering the company of the just made perfect.”   Morris was posthumously awarded a silver Carnegie Medal in 1907.  It was given to his widow, Fanny, as was a monthly grant of $40 that continued until her death in 1929.  Grave markers cast in the likeness of the medal are available from the Hero Fund at no charge to the families of deceased awardees.