On the Sunday prior to July 6, 1956, my grandfather, J. Walter Reeder, stood in a small Methodist church in North Carolina and was asked by his Sunday School class how far you should go to help someone.  His reply, 60 years later, still gives me chills.  He said with certainty, “You go all the way to help your fellow man, even if it means giving your life.”

The following week, he put his lesson into practice.  Taking my uncle, who was a teenager, and my mother, who was five years her brother’s junior, to a local swimming hole, he showed that his words would become prophetic.  As my grandfather, then 39, taught my mother to swim, my uncle was trying to rescue a girl nearby who was showing signs of distress in the water.  After my uncle’s fruitless attempt, my grandfather went to assist her.  Both he and the young woman drowned as he attempted to save her, with my mother and uncle looking on.

I rarely saw my grandmother cry, but when I did, she was clutching a blue box.  That box housed a medal, something I would come to know as a symbol of heroism and honor, and it impacted the entire course of my life from the day I saw it.  With tears in her eyes, my grandma would remove the medal from its case and recall the events of that fateful day in 1956.  She never failed to stress the importance to me of my grandfather’s actions and the incredible reward she received in his stead because of it.

My grandmother was given the Carnegie Medal because of my grandfather’s selfless actions, and in my life, the word “hero” has come to mean something that is hard to put into words.  It means more than what it’s used for in movies and on television, I’ve come to find out.  A hero is an everyday person who has extraordinary moral content and who will go above and beyond their own limits to help others.

Ten years ago, I worked in a nursing home facility.  On one occasion, I passed by a patient’s door and felt my breath catch as I saw his name.  I entered unsure of what I might encounter.  At the window sat a small, elderly man who greeted me with a beautiful smile.  Upon speaking with him, I found that I was not incorrect in my memories of the name—he had been a good friend of my grandfather and was also his minister.

I watched him as his eyes seemed to come alive as he spoke of his departed, dear friend.  He had such fond memories of him and also remembered sadly the action my grandfather had taken.  Taking my hand in his, he smiled and told me to always follow in the footsteps of my grandpa: to help, to give, to reach out—even if it doesn’t seem to be in your own best interests.  I was trusted to be the light in the darkness to any I could reach.

It was only after spending time with that elderly gentleman that I began to truly understand what my grandfather’s life and death meant.  I believe hearing it from someone who wasn’t a family member, and yet still held him in such high regard, garnered my attention and set me on a journey to follow in my grandfather’s footsteps, even if I were to do so in small ways.

Being a hero isn’t a job that comes easily.   However, I believe that everyone can be a hero on some scale. Both my mother and grandmother attempted to carry on the legacy of heroism my grandfather had so bravely given us, and they were both able to help so many in their lifetimes.

I remember seeing my mother deliver meals to those in need from our own meager supply of food, and I questioned why.  Her answer forever remained the same: She would always remind me to go however far you must for your fellow man and to remember that some sacrifices were far greater than our own—something she learned long ago.

Being the granddaughter of a hero is humbling.  J. Walter Reeder was nothing less than a great man, and still to this day, I hear local folks talk of his gentle nature, his kindness, and his boundless love for all people.  That speaks volumes to me.  I’m proud to have such an incredible legacy to follow in and hopefully pass on to my own children.

The Carnegie Hero Fund has truly touched the lives of those in my family, and we are forever grateful for their kindness towards us, even in present day.  I hope that everyone can learn from the heroes they honor and see that we are all called to help one another:  See a need, reach out, and you too can be a hero to someone. 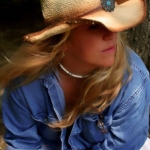 The author, born and raised in North Carolina, has been writing since childhood.  Her books, Uniquely Nobody, The Random Society, and a new release, The Tree, are available through Barnes and Noble, Amazon, and Kindle.  Hardister is the mother of two sons, who inspire her daily.