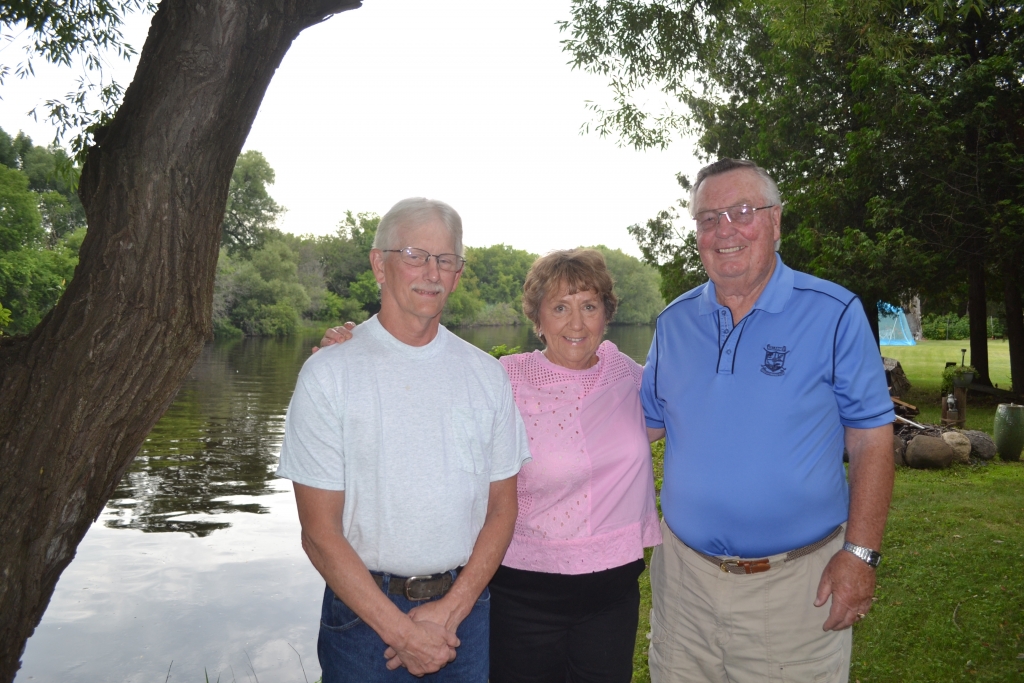 From left, Carnegie Hero Eugene Stamsta with the woman he saved, Anne M. Nerenhausen and her fiancé, John Scanlan.

Sixty-five-year-old welder Eugene Stamsta helped to save Anne M. Nerenhausen, 75, from drowning on July 18, 2017, in the Oconto River near Oconto, Wis. While attempting to jump onto an inner tube at a river bank near her home, Nerenhausen fell into the river and struggled to swim in swift current, which carried her downstream. Her fiancé yelled for help, alerting neighbors including Stamsta, who, wearing a tool belt, ran to a rocky embankment and entered the water. As Nerenhausen began to submerge, Stamsta swam to her. He told investigators that she was limp as he towed her to the bank. He secured his hold to a rock at the bank and kept her head above water, but he could not remove her from the water. Firefighters removed her with a board and ropes and Stamsta exited on his own. Nerenhausen was hospitalized and treated for hypothermia; she recovered.