A medal was part of Andrew Carnegie’s thought process from the beginning. His Deed of Trust of March 12, 1904, states: “A medal shall be given to the hero, or widow, or next of kin, which shall recite the heroic deed it commemorates, that descendants may know and be proud of their descent.”

The Carnegie Medal was designed by J.E. Caldwell & Company of Philadelphia, Pa., though the process was long, taking more than two years. Designs were initially solicited not just from Caldwell but also Tiffany, Gorham, Heeren Brothers of Pittsburgh, Spaulding, and Bailey, Banks & Biddle. The specifications were for a three-inch medal 3/16 inches thick. The obverse was to include an illustration of a hero and the religious motto, “Greater love hath no man than this, that a man lay down his life for his friends” (John 15:13), and the reverse was to have a miniature bust of Carnegie and a tablet for an inscription. The Commission wanted the medal to be self-explanatory and, going hand-in-hand with that, in English, rather than in Latin.

In an Oct. 4, 1904, letter from the Caldwell Company to the Commission, the company laid out the sources of inspiration for their thoughts, including a Greek story about Hercules from Murray’s Manual of Mythology. In the story, when the king became sick, he was told by an oracle he would die unless someone volunteered in his place. The king’s wife, Alcestis, did just that, and would have been carried off by the god of death but for Hercules who intervened, grabbing the god of death and forcing him to promise to leave Alcestis alone.

In another letter, of Jan. 7, 1905, Caldwell presented another source of inspiration—biblical. “The greatest example [of heroism] ever given, and the one most in accord with the spirit of the beautiful text suggested by Mr. Carnegie, is of course, that given by Christ, in his sacrifice for the World. That we have not dared to consider, while looking for a subject for the Medal, for the reason that as the reverse is to have a portrait of Mr. Carnegie himself, he would probably be the first to protest against it.”

The Commission rejected Caldwell’s initial designs and the designs of all the other firms, but did select Caldwell to continue the project.

The medal ultimately turned out quite differently, with a bust of Carnegie on the obverse. The reverse featured a map of North America (since the Hero Fund covers the U.S. and Canada) and the seals of the U.S., Canada, and Newfoundland (then a colony), along with a plaque, or cartouche, adorned with laurel (representing glory), ivy (friendship), oak (strength), and thistle (persistence). Caldwell noted also that including the thistle was “a sentimental touch of Carnegie’s [Scottish] nationality, which we know he is very proud of.” Interestingly, Caldwell also suggested that the letters of the inscription be in relief rather than engraved, a tradition the modern Hero Fund continues. Individual dies are thus required for the reverse of each medal. Producer of the medal is Simons Brothers Company of Philadelphia, which traces its roots to 1839.

The Commission provided photos of Carnegie to the Caldwell company’s artist for the bust, but Caldwell insisted on getting a sitting with Carnegie, which ultimately happened over two days in May 1906. Caldwell’s agent wrote to the Commission’s president on May 9, “I found Mr. Carnegie all you stated, most agreeable, chatty and sociable, and had the pleasure of a ride down town in his automobile afterwards…”

According to the contract between Caldwell and the Commission, dated Nov. 20, 1906, the production dies cost $2,350. Medals were to be made of bronze, silver, and gold, with the 22-karat gold medals containing nine ounces of the precious metal. Early in the process, 14- and 18-karat gold were suggested, with a recommendation for 18 karats as “holding its color better.” However, the 18-karat gold posed “grave danger to the die,” requiring 80 blows to fully strike the medal, so 22-karat gold was used instead. The silver medals contain 5.5 ounces of .999 fine silver.

A set of blank medals (gold, silver, and bronze) were made and given to Carnegie. In addition, plaster casts were made for the 21 members of the Commission.

Photos of the finished medals were released in October 1906 to the press, but Caldwell’s agent was upset about one thing: “The pictures of the medals look very well in the Philadelphia papers, but there was not one of them that had the decency to mention our name in connection with them. They are dreadfully afraid of giving free advertising unless there is some scandal that might be attached to it, and then you will find they will tumble over themselves to print your name any number of times in connection with it…”

The Commission’s response to Caldwell on the medal, written Oct. 19, 1906: “It is a magnificent piece of work. The design of it is also thought to be the most appropriate, dignified, simple and elegant, and the likeness of Mr. Carnegie the best that has been produced in metal.”

The medals were redesigned for the 100th anniversary of the Hero Fund in 2004. The most notable change was a more modern portrait of Carnegie, although the Commission reverted to the original likeness in 2012. The reverse of the medal was also tweaked in 2004, and the seal of Newfoundland was dropped since Newfoundland became a province of Canada in 1949.

Some Carnegie medals, including the first gold medal and a special gold medal commemorating the heroes of the Titanic disaster, can be found in museums and collections.  The first gold medal was awarded in 1906 to Mark Casto, who used his fishing vessel to help save 54 people from a sinking freighter in a storm off the New Jersey coast. In addition to the medal, Casto’s son was awarded a scholarship to study at Carnegie Tech, now Carnegie Mellon University. In 2004, the Casto family donated the medal to the university.

The special Titanic disaster medal was given to the Smithsonian Institution; it is now part of the National Museum of American History’s National Numismatics Collection. Mounted on an ornate bronze holder, the medal is inscribed, “In memory of the heroines and heroes of the steamship Titanic, lost off the banks of Newfoundland April 15, 1912.”

The Carnegie Museum of Natural History in Pittsburgh has a collection of gold, silver, and bronze medals as well as a set of the medals for the European hero funds, which Carnegie set up following the success of the Commission. The collection was displayed at the American Numismatic Association 2004 show in Pittsburgh. 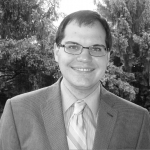 This article was taken, with permission, from a larger one on the Hero Fund that appeared in the October 2016 issue of The Clarion, the publication of the Pennsylvania Association of Numismatists. Mr. Campbell, a graduate of Carnegie Mellon University, is from Washington, Pa.