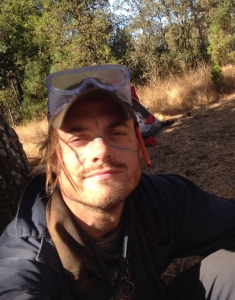 Damian Languell saved Quintin S. Thompson from burning, Wade, Maine, July 15, 2017. Quintin, 16, was badly injured and pinned inside a car that had caught fire after it collided head-on with a tree that nearly split the car in two. The car came to rest with the tree’s trunk embedded in its front-seat area and Quintin, still wearing his seat belt, thrust into the back seat on the driver’s side with his legs pinned in the wreckage.

Languell, 35, farmer, lived nearby and was awakened by a loud sound outside his house. Observing smoke issuing from a tree nearby, Languell went outside, grabbed a water-filled bucket, and ran to the scene of the accident where the front of the car was aflame. Seeing Quintin injured and pinned inside, Languell tossed water on the flames, hoping to douse the fire. He then ran back to his home to retrieve more water and, with the aid of his girlfriend, repeated his efforts several times.

As flames on the vehicle began to spread, Languell opened the car’s rear, passenger-side door, entered the rear of the vehicle and, using a pocketknife, cut Quintin’s seat belt. As flames spread to the dashboard and front, passenger seat of the car, Languell moved debris away from Quintin and freed his pinned legs. Languell then grasped Quintin and dragged him from the car, then carried him away to safety. The car was shortly fully engulfed by flames.

Quintin was hospitalized for serious injuries which included broken bones and a punctured lung. He was not burned. Languell inhaled smoke and sustained a puncture wound to his leg; he recovered.