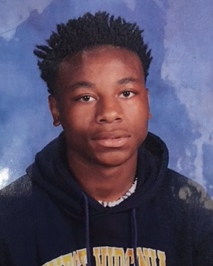 Coey, 13, was wading in the Atlantic Ocean when he was knocked off his feet and carried away from shore by a strong rip current. He shouted for help.

Courtney, 16, Georgetown, S.C., high school student and Coey’s brother, was nearby and removed his shirt before stepping onto a rock jetty that extended into the water. Courtney jumped from the end of the jetty into the water and swam toward Coey, but was unable to reach him. Courtney eventually submerged.

Coey was rescued by a man on a surfboard who took him to shore. Coey was transported to a hospital and kept overnight for observation. He also sustained lacerations to his feet from which he recovered. Rescuers searched for Courtney, but he was not recovered.