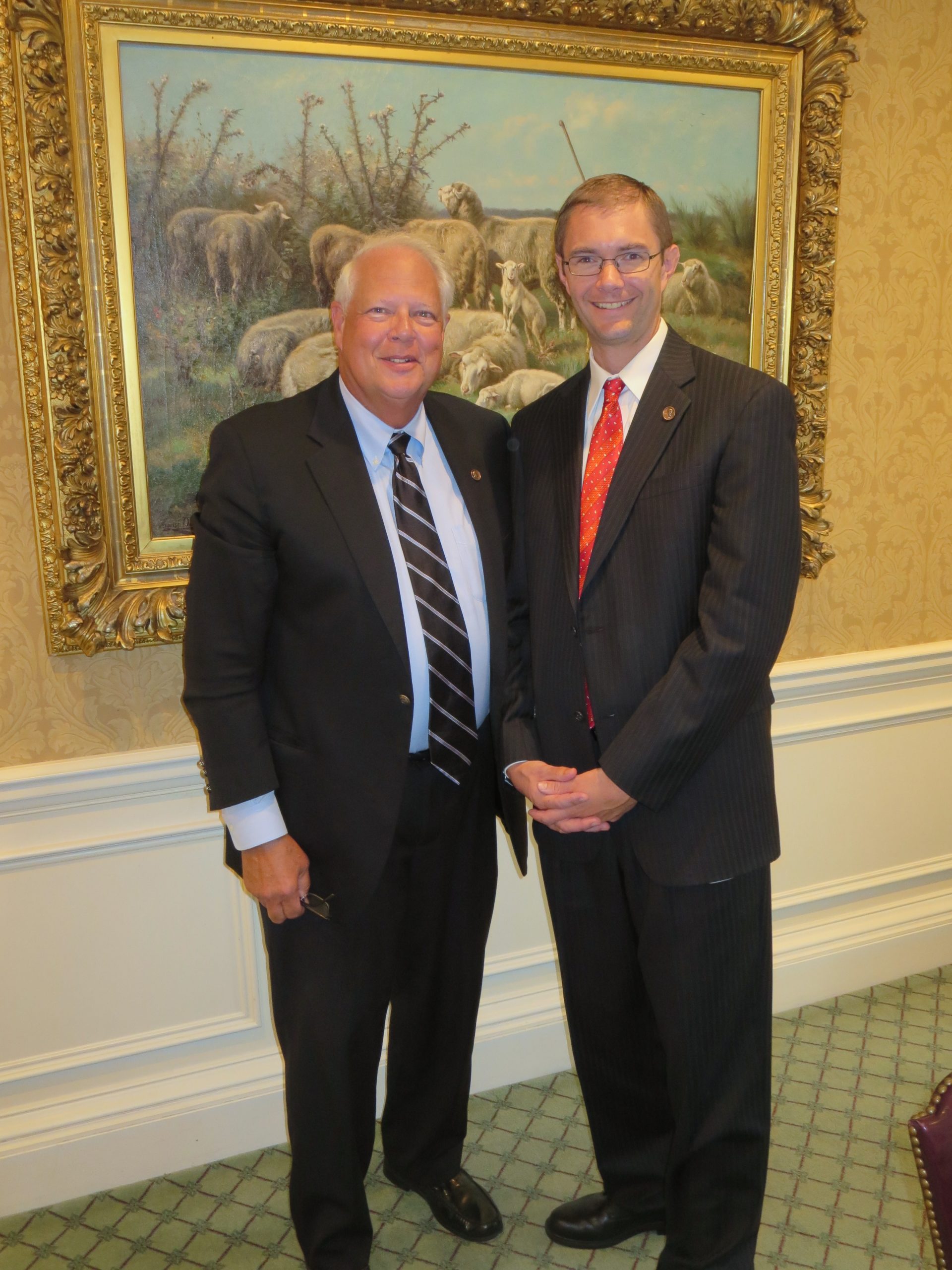 Andrew Carnegie’s Hero Fund Commission is administered carefully to ensure its existence into perpetuity, and a visitor to the Commission’s 111th annual meeting on June 25, 2015 was a symbol for that commitment.  The visitor was Scott R. Hills, right, of Torrance, Calif., one of the founder’s 32 great-great-grandchildren.  Hills, 34, who works for the Boeing Company as an engineering manager, is the son of Linda Thorell Hills of Littleton, Colo. (herself a member of the Commission), and the late Harold Hills and is related to Andrew Carnegie and his wife Louise through his mother, who is one of the 15 great-grandchildren.  Hills was welcomed to the meeting by Dan D. Sandman, left, who as both the Commission’s treasurer and an ardent student of history plays a pivotal role in keeping Carnegie’s legacy of recognizing civilian heroism strong.