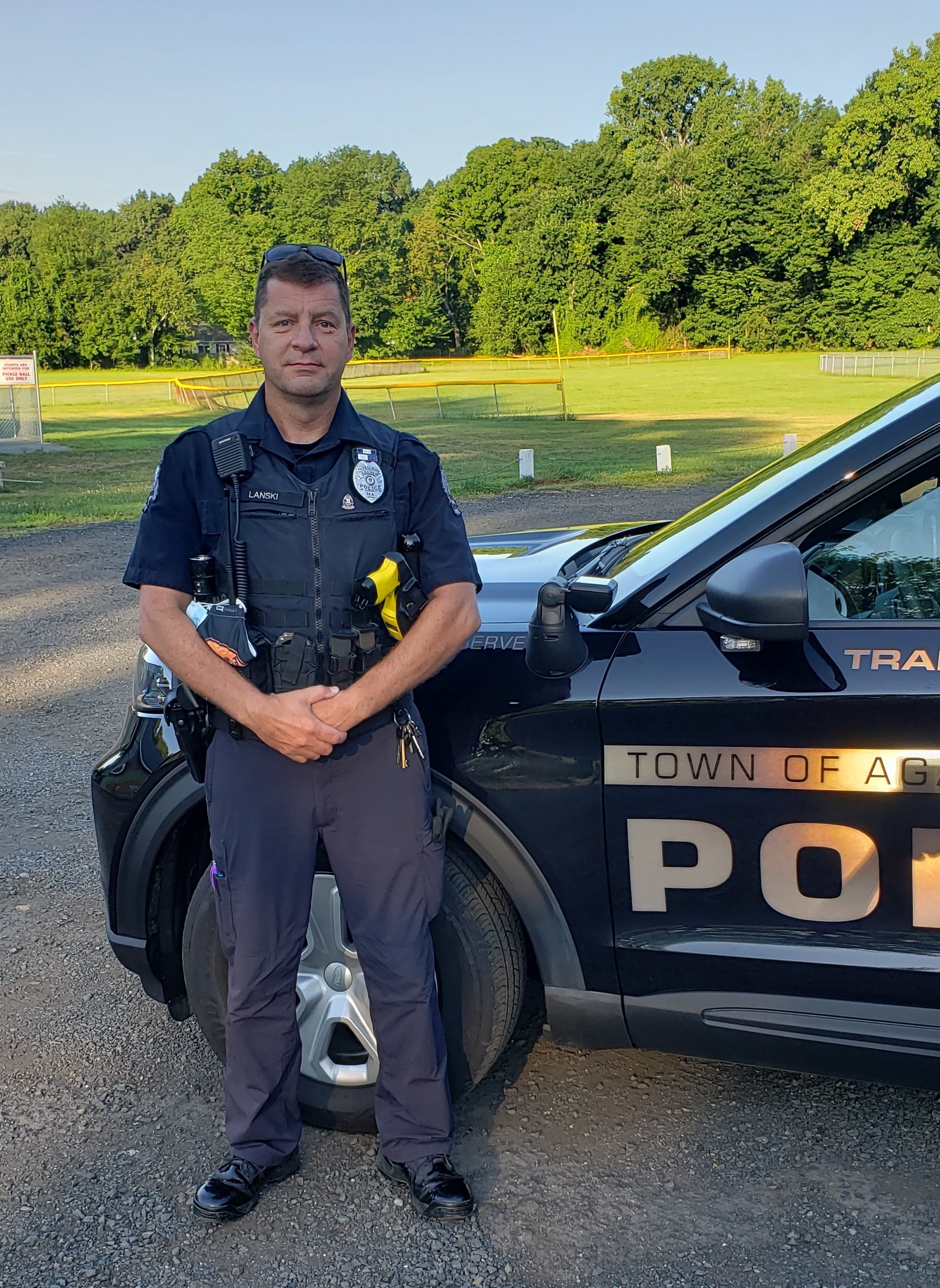 Without waiting for firefighters to arrive, Agawam (Mass.) Police Officer Christopher Lanski immediately went to a burning second-floor apartment where neighbors said a 56-year-old woman was trapped inside during the early morning hours of March 20, 2018. Lanski kicked the locked apartment door several times, breaking it open. He was overwhelmed by heavy smoke and retreated to the stairwell for air. He returned to the doorway and spotted the woman on the floor several feet away. Lanski went to his hands and knees and crawled under the smoke to her. He grasped her wrist and backed to the door, dragging her with him. There, another officer met him and together they dragged the woman down the stairs and outside to safety. The woman was taken to the hospital for treatment of smoke inhalation and burns. Lanski suffered smoke exposure, and he recovered.