By John Daniel Davidson
The Federalist

Among the survivors of the mass shooting at an Oregon community college on Oct. 1, 2015 is one man whose heroic actions have gained national attention.  Chris Mintz, a 30-year-old former Army infantryman, was shot five times while attempting to protect his fellow students.

According to one eyewitness, when the shooting began Mintz ran into the school library, pulling fire alarms and warning others to get out.  He then ran back toward the building where the shooter was and tried to barricade a classroom door.  He was shot three times through the door.  When the gunman entered, Mintz, wounded and lying on the floor, tried to reason with him. “It’s my son’s birthday, don’t do this,” he said.  The gunman shot him two more times and moved on.

Mintz was hit in the upper back, abdomen, left hand, and upper and lower leg.  Both his legs were broken in the attack.  His family has said he’ll have to learn to walk again.  The media have hailed Mintz as a hero, and by all accounts he is.  The day after the shooting, he told ABC News, “I just hope that everyone else is okay.”

The age of the beta male

Too often these days we hear about weak modern men, so-called beta males who are unwilling to risk their safety on another’s behalf. The embodiment of this new archetype was the man who did nothing as a man stabbed another man to death with a pocket knife on a crowded Washington, D.C., subway car the afternoon of July 4, 2015 and then took to Reddit to justify his cowardice.

Some readers were outraged when I wrote about that—not at the bystander but at me, for suggesting he was a coward and that I would have reacted differently.  I do not claim to know how I would have reacted, either in that subway car or the community college in Oregon.  None of us do.  But every man and woman should be able to say, clear-eyed and without hesitation, that we hope we’d react the way Mintz did.  He is the opposite of the beta male who defends his refusal to act, utterly dependent on the courage of others.

I say “beta male” to provoke, but also to describe.  In our egalitarian age, it’s in vogue to say men should not be manly, they should not necessarily possess virtues like courage or valor, they should not “mansplain” things.  Manliness is the legacy of a sexist past, we’re told, the mark of white male privilege, and should be discouraged from a young age.  Indeed, many of our schools buy into this and punish boys, and sometimes prosecute them, for behavior that in an earlier time was rightly understood as natural and mostly harmless.

In fact, The New York Times style section recently ran an odd piece entitled “27 Ways to Be a Modern Man” that exemplifies this view of masculinity.  “The modern man has no use for a gun,” opines the author.  “He doesn’t own one, and he never will.”  “The modern man cries.  He cries often.”  In case it isn’t perfectly clear that this modern man is a rather fragile creature: “On occasion, the modern man is the little spoon.  Some nights, when he is feeling down or vulnerable, he needs an emotional and physical shield.”

This is nonsense—and not because “real men don’t cry” or some such, but because it assumes there is no significant difference between men and women, no virtues or qualities that can properly be called masculine or feminine.  In an era when identity is ever malleable, when Bruce Jenner can decide one day he is Caitlyn, or when marriage between a man and woman is no different than marriage between two men, it’s understandable that some would deny there is any such thing as “masculine” traits or virtues.

But it is nevertheless wrong.  Most men have a natural instinct to protect others, in part because men are naturally stronger than women, as a recent Marine Corps study found when comparing the performance of all-male units with mixed-gender units.  That doesn’t mean women can’t be strong or heroic, but it does mean that in a mass shooting on a college campus it’s most likely the men who will need to rush ahead and barricade the door.  America should expect that from her men, and men should expect that of themselves.

We should also remember that the courage of people like Chris Minz is not as rare as it sometimes appears to be.  Ordinary people, men and women alike, perform heroic acts every day across our vast country.  The Carnegie Hero Fund Commission recognizes some of those who have risked or given their life trying to save another.  In September, the commission announced its most recent awardees, and their stories are amazing. 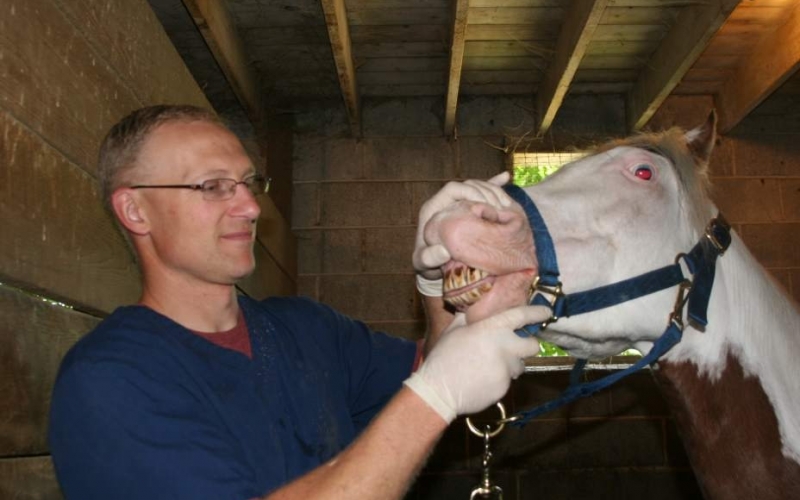 Charles E. Wyant is an equine dentist from New Bethlehem, Pa. Photo by Deborah Deasy of the Pine Creek Journal and provided as a courtesy by Trib Total Media.

There is Charles E. Wyant, an equine dentist in New Bethlehem, Pa., who came upon a dump truck at the bottom of an embankment, overturned on its side and engulfed in flames.  He climbed up the exposed underside of the truck as flames nine feet high raged from the engine and pulled the driver out, saving his life.

There is Brian Wargo, who leapt onto the back of a 12-foot tiger shark, attacking it with his bare hands to save his friend while surfing off the coast of Kapa’au, Hawaii.  The shark relented. 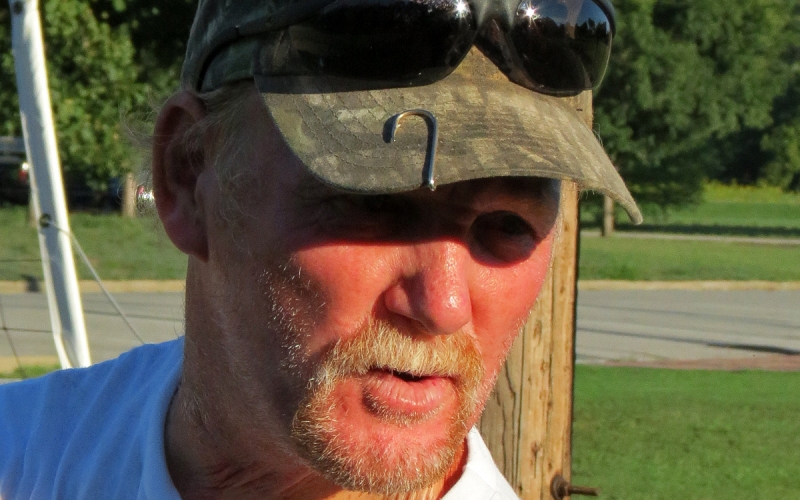 Ronald LaRue, a 54-year-old disabled truck driver, drowned last summer in Maine while trying in vain to save his five-year-old grandson, who had fallen off a floating dock into the Penobscot River. 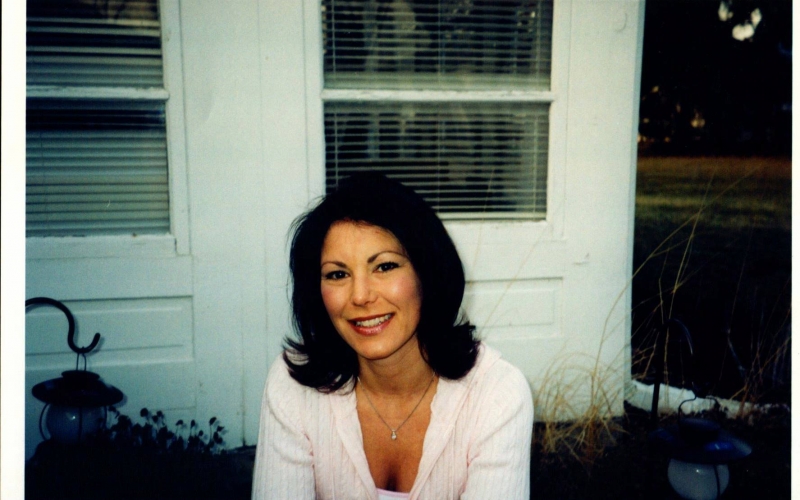 Karen Wessel, a 47-year-old administrative assistant from Arlington Heights, Ill., drowned while saving the life of an eight-year-old boy in Star Lake. 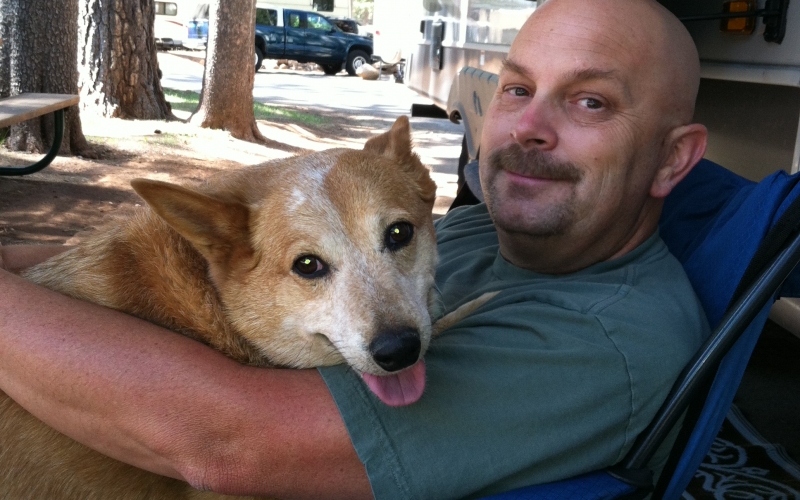 Then there is Michael T. Landsberry, a 45-year-old teacher and former Nevada Air National Guardsman, who died trying to save his students in a school shooting in Reno that barely made national headlines.  On the morning of Oct. 21, 2013, a 12-year-old boy came to school armed with a nine-millimeter handgun he’d taken from his parents.  He shot one student in the shoulder on the playground.  As the others fled for cover, Landsberry ran toward the shooter.  He stopped about 15 feet away, put his hands up, and approached slowly.  He asked the boy to put the gun down.  The boy shouted at Landsberry to back away.  Landsberry took one step backward and the boy fired, fatally wounding him.  The boy shot one other student and then turned the gun on himself.

As these examples show, courage in the face of danger is not a uniquely male trait.  However, all but two of the 22 recent Carnegie Medal winners were men.  In moments of crisis or carnage, we should expect men to step forward first.  They tend to be stronger and more aggressive.  It is in their nature to confront and defend.

As we mourn the dead in Oregon and as we debate, as we always do, what our political leaders should do about it, we should take heart in the heroics of ordinary Americans like Mintz and all these others. The New York Times and our coastal elites may long for the age of the beta male, for a docile and dependent populace, but if men and women like these are held up as heroes for our children, there’s hope that virtues like courage and selflessness will yet endure.

Reprinted with permission.  John Daniel Davidson is a senior contributor at The Federalist.  Follow him on Twitter at @johnddavidson. Based in Austin, Texas, he is the director of the Center for Health Care Policy at the Texas Public Policy Foundation.  His writing has appeared in the Wall Street Journal, National Review, Texas Monthly, First Things, the Claremont Review of Books, The LA Review of Books, n+1, and elsewhere.  Mr. Mintz has been nominated for the Carnegie Medal.