Anyone can be a hero.  A civilian who rescues another person from a fire at great physical risk is a hero.  Holocaust rescuers who risked life or social standing to help others were heroes.  An employee who is aware of unethical or illegal activities in their organization and reveals them at the risk of their job, income, and social standing is also a hero.  Current conceptions in psychology define heroism as a voluntarily act for the good of one or more people at significant risk to the self, without being motivated by reward.  Risk to the hero makes heroism a distinct form of altruism, and it can come in the form of physical or social risk.

The psychology literature on heroes is sparse.  There are studies comparing the traits and characteristics of heroes to more typical individuals, and studies investigating laypersons’ views of heroes.  There is also a growing understanding that not all heroes are the same.  Recently, I completed a study of many heroes who took different risks—both social and physical—to help others.   The purpose of the project was to take a wider look into the profiles of characteristics that heroes possess in an attempt to discover if there are different types of heroes, and if there are distinct and shared characteristics among them.

An analysis of the data obtained from recognized heroes, including many awardees of the Carnegie Medal, revealed two groups of heroes with distinct psychological characteristics.  Characteristics ranked differently distinguished the groups, although some shared characteristics emerged.  Specifically, participants in both groups ranked courage, perseverance, honesty, humor, bravery, and kindness as like them, but public self-awareness, hedonism, shame, contempt, and wisdom as unlike them.

In addition to characteristic rankings, participants commented on why they felt any given characteristic was like, or unlike, them. These free responses go beyond the list of characteristics to flesh out the experiences of heroes with these characteristics and virtues. One participant discussed the shared characteristic of perseverance: “Plain and simple, I will not give up. I will always keep going regardless of how miserable I am, how painful…my situation is.”

The first group of participants, which I refer to open, loving, and risk-taking heroes, differed most dramatically from the second group in their rankings of the characteristics of curiosity, love of learning, love, and risk taking as “exactly like me.”  These participants were open and curious to explore in the world.  Although all of the study’s participants took significant risk to help others, this group claimed to take risks more generally in their daily life, whereas the second group reported being generally prudent.

The second group—spiritual, socially responsible, and prudent heroes—distinguished themselves with high rankings on spirituality, social responsibility, and prudence rather than risk taking.  In contrast, the open, loving, and risk-taking heroes did not claim a sense of spirituality or faith.  While both groups have a deep concern for the welfare of others, the spiritual, socially responsible, and prudent heroes tended to claim that a spirituality or faith provides purpose and guides their goals and interactions with others. The open, loving, and risk-taking heroes do indeed have concern for others, but this concern is not rooted in spiritual purpose or belief in a higher power.  Further, the spiritual, socially responsible, and prudent heroes ranked both zest and joy far lower, indicating that they may be less happy or more stoic than the other group.

As a clear example of their spirituality, one spiritual, socially responsible, and prudent hero said, “I believe Jesus Christ is the son of God and the savior of the world.  Therefore I commit my life to his will, purpose, and plan.”  In contrast, an open, loving, and risk-taking hero said, “There is no higher power.  We are all equal and we are all worthy.  Our ‘purpose,’ if we need one, is to survive.  It is that simple.”

The two groups of heroes revealed in this research had almost an equal number of those who took physical and social risks in each group.  It may be easy to conceptualize heroic acts based on their risks, whether social or physical, and assume all heroes are impulsive when they act, but the truth appears more nuanced.  It may be more useful to conceptualize, categorize, and assess heroic persons based on their characteristic profiles.  Doing so acts as a step toward understanding the full picture of the development of heroes over their lifespan as they interact with various situations, not only those requiring heroic action.  I intend to use this work as a stepping-stone toward understanding how individual characteristics influence heroes as they interact with the world around them and develop across the lifespan. 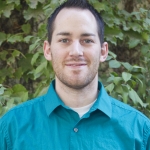 Prof. Riches is a doctoral student in positive developmental psychology.  He can be reached by email:  Brian.Riches@cgu.edu.