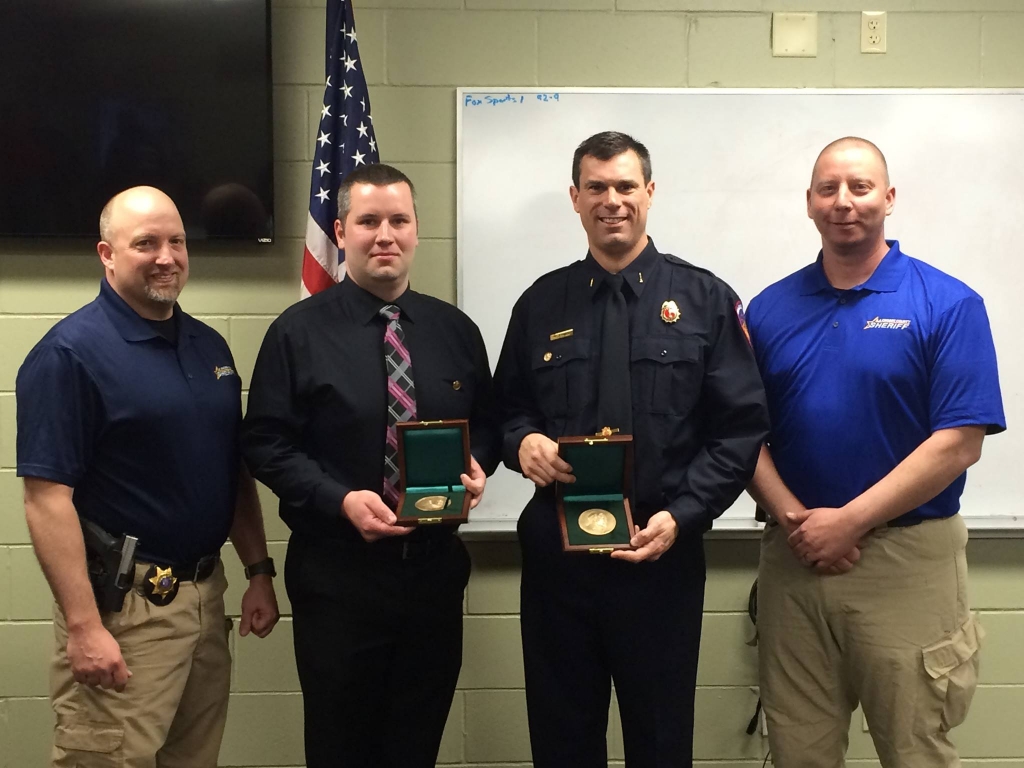 Matthew L. Tranel and Cory Alan Simonson, both of Maquoketa, were named Carnegie Heroes in December 2015 for a rescue they performed one year earlier.

A 48-year-old man, who was confined to a wheelchair, was in his home when fire broke out. Deteriorating conditions blocked him from exiting the house by way of the accessible front door.  He attempted to move to a side door, but his wheelchair malfunctioned, leaving him stranded between the living room and the kitchen. Flames spread in the living room and smoke filled the house. Tranel, 39, was en route to the fire station in response to the call as a volunteer firefighter when he came upon the scene. With flames visible through the living room window, he went to the front door but found it locked. He responded to the enclosed side porch and forced entry. Simonson, 29, had arrived from his nearby house by then, and both he and Tranel entered the house, going to the floor in the dense smoke. With little visibility, they crawled across the kitchen and found the man. Discovering that the wheelchair was immobile, they turned it around and maneuvered it through the kitchen to the side door. Others who had responded helped to remove the man to safety. Simonson experienced respiratory problems from the smoke, but he fully recovered.