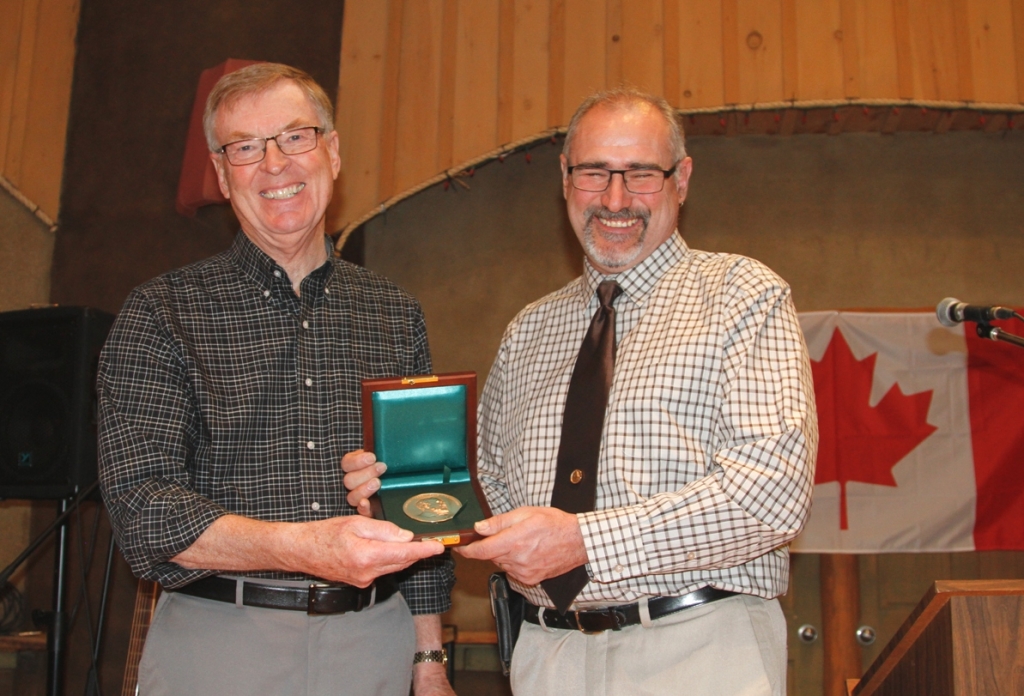 Calvin Bradley Stein, right, took quite a beating last July when he was run over and dragged by a team of runaway ponies while saving a small girl from their path.  Stein, then 51, of Madoc, Ont., was attending an agricultural fair when the ponies broke away and headed for the 3-year-old girl. Stein ran to the girl and scooped her into his hands to throw her clear of the ponies’ path but then was trampled by the animals and suffered a concussion, facial injuries, and lacerations (inset).  For his actions, he was awarded the medal, which was given to him in April 2017 by Joseph H. G. Allison of Newmarket, Ont.   Allison is also an awardee of the Carnegie Medal, having been cited for helping to save a man from suffocating in a well in Picton, Ont., in 1966.  Then 19, Allison entered the well three times to help save a farmer who had been overcome by fumes from a gasoline-powered pump.  Photo by Sue Dickens of the Central Hastings (Ont.) News, and is used with permission.  Read more.