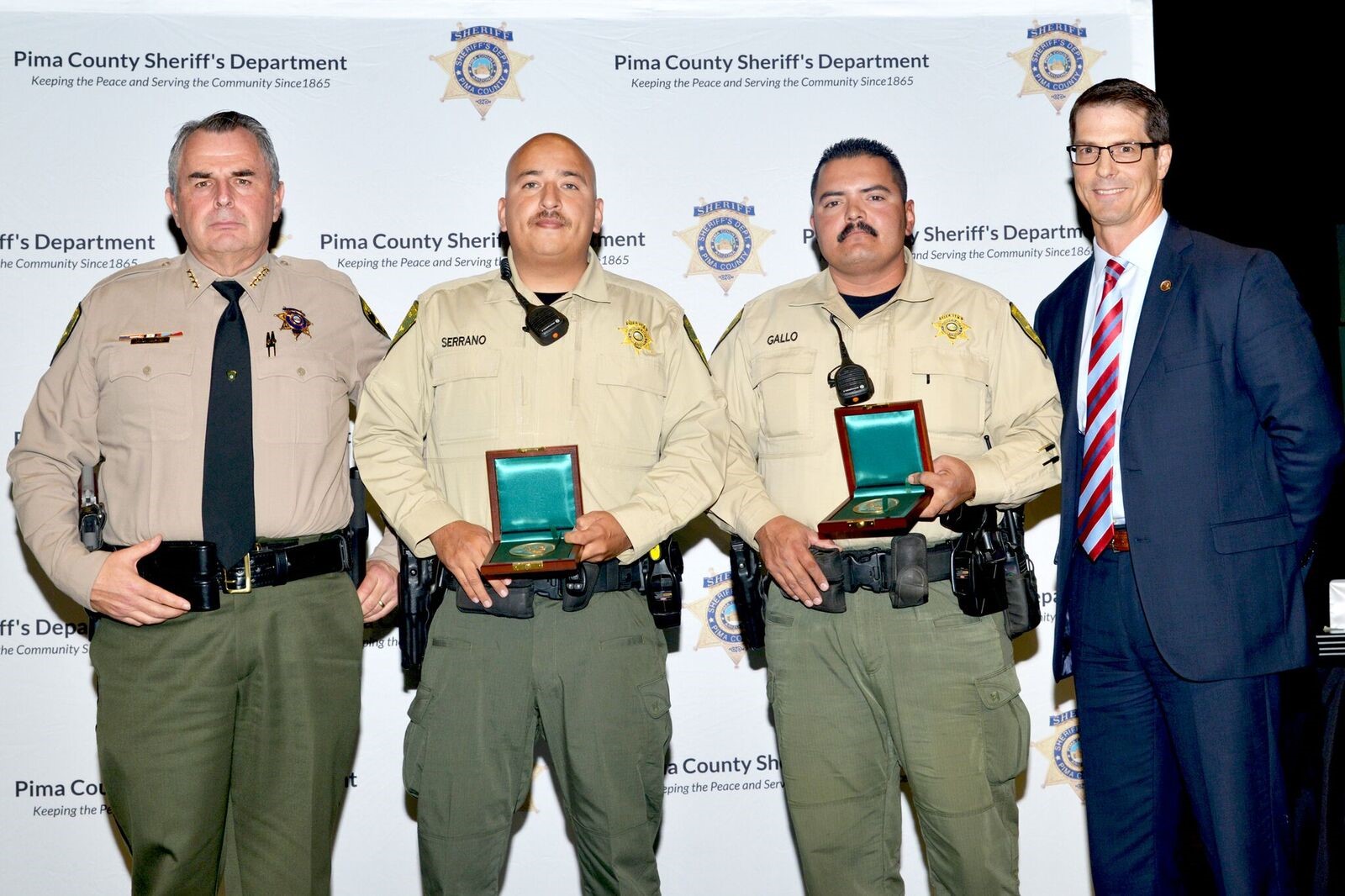 Pima County (Ariz.) Sheriff’s Deputies Joe L. Serrano (second from left) and Adrian Gallo (second from right) were recognized by the Hero Fund for their efforts in behalf of a motorist who was trapped in her burning pickup truck after a head-on collision in Tucson on May 16, 2015.  In what the department said was “above and beyond our expectations,” the deputies forced open the truck’s driver’s door with a winch and then reached inside, freed the woman, and pulled her out, flames then burning at the dashboard.  The men’s medals were presented in January 2017 by the Hero Fund’s executive director, Eric Zahren, right, and Sheriff Mark Napier.