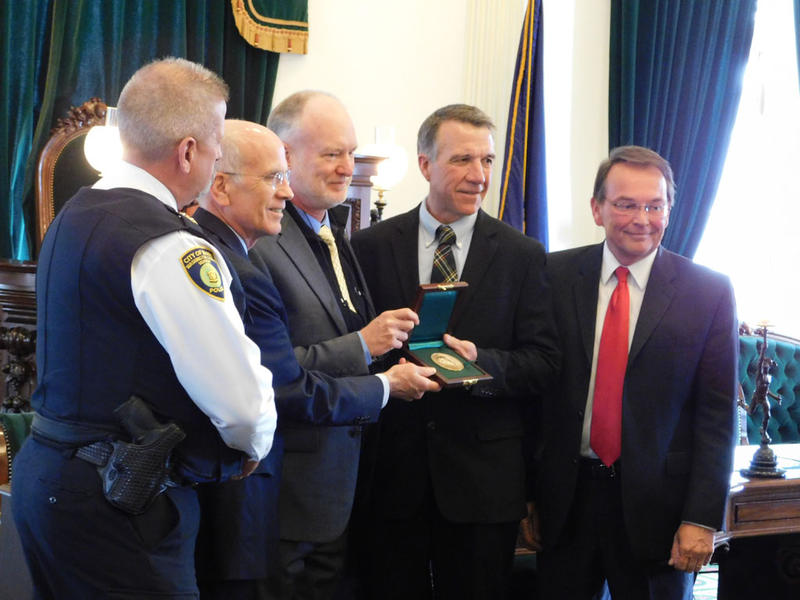 Scott R. Williams, center, of Berlin, Vt., received his Carnegie Medal at a ceremony in the Vermont Statehouse, Montpelier, in late November 2016.  A state’s attorney for Washington County, Vt., Williams was recognized for his heroic actions of Aug. 7, 2015, by which he attempted to rescue a social worker from assault by an enraged woman armed with a hunting rifle in Barre, Vt.  After hearing gunfire, Williams approached the assailant, disarmed her, and put himself between her and the victim, whose wounds were fatal.  From left: Barre Police Chief Tim Bombardier, Congressman Peter Welch, Williams, Governor-elect Phil Scott (now governor), and Barre Mayor Thom Lauzon.