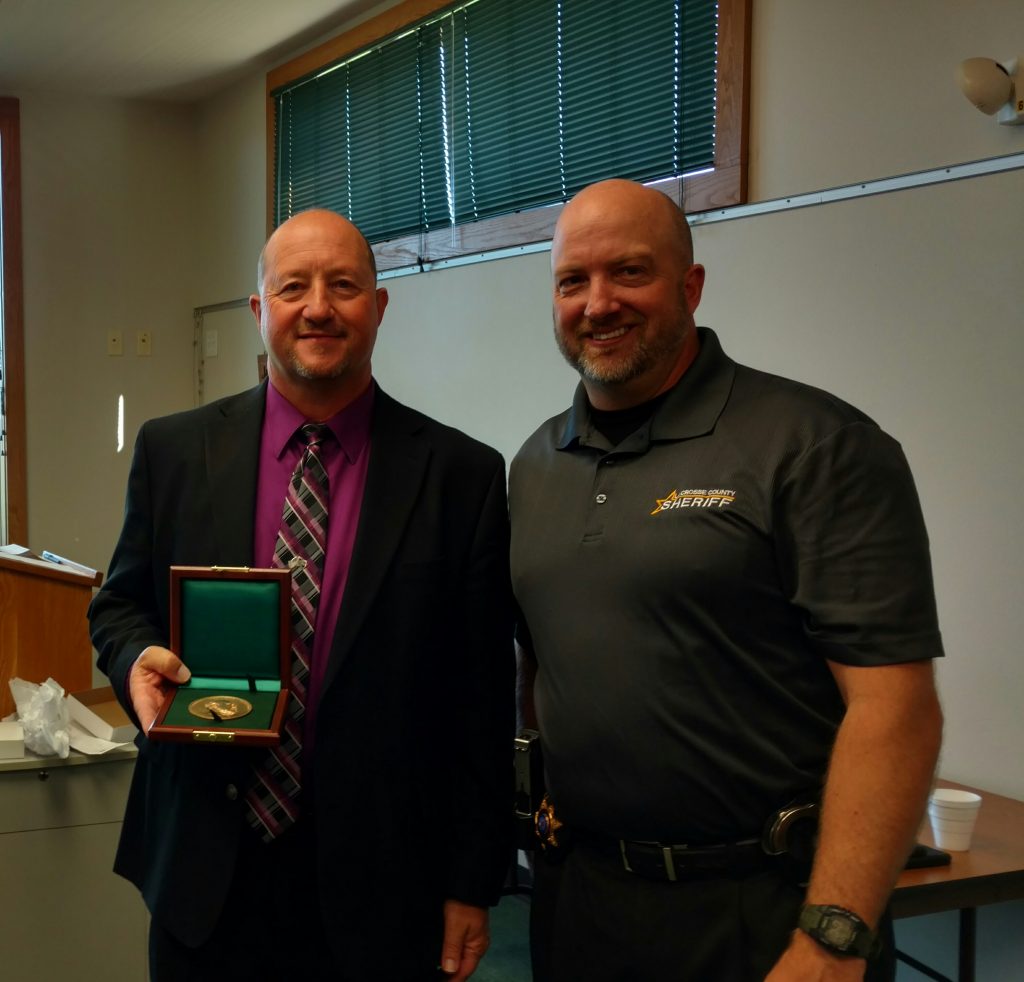 Larry J. Koos, left, of La Motte, Iowa, is a Jackson County, Iowa, supervisor, and it was at a supervisors meeting on Sept. 9, 2014, that he charged after a gunman who had opened fire in the meeting room. Koos tackled the man, who then shot himself. About 40 county officials, family members, and others attended a supervisors meeting in late September 2016 to see Koos receive the Carnegie Medal for his actions. It was presented by John P. Williams of La Crosse, Wis., who was awarded the medal in 2012.