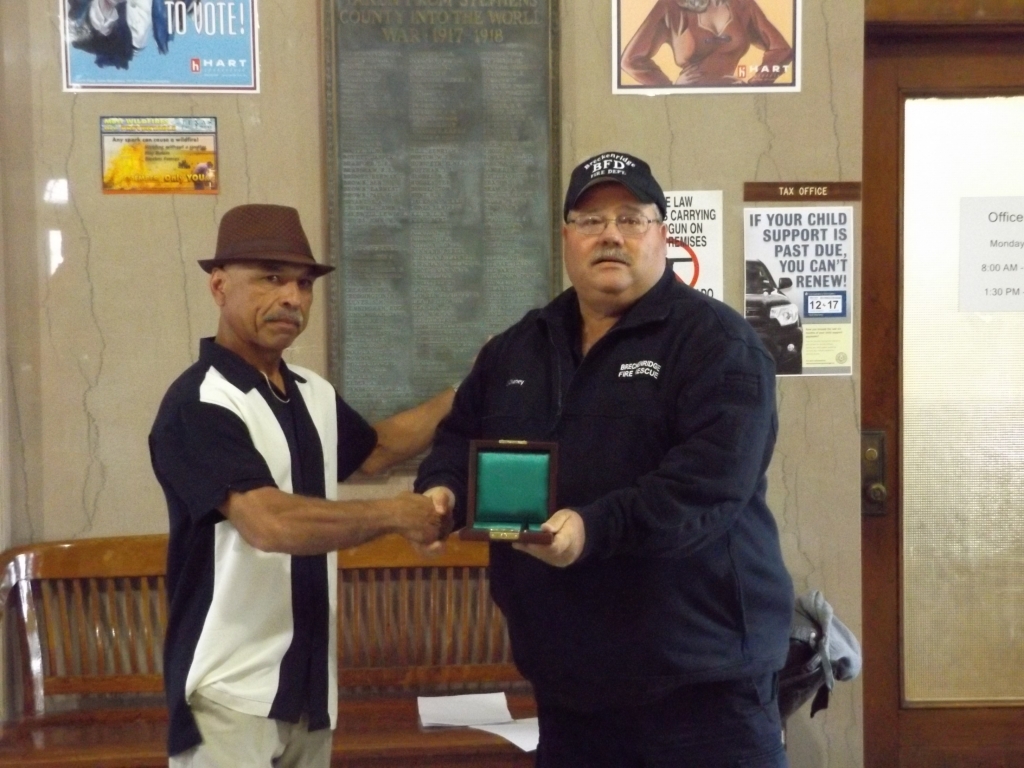 Isbel Jimenez climbed through the small window of a mobile home bathroom at night to help in the rescue of a woman who had been overcome by smoke.  For his efforts during the Breckenridge, Texas, fire on Sept. 16, 2015, Jimenez received the Carnegie Medal, which was presented to him by Breckenridge Fire Chief Calvin Chaney in January 2017.